One of the most frustrating aspects of watching conservative Christians debate bathroom bills is that they clearly have no idea what they’re talking about. It’s apparent they’ve never spoken to an openly transgender person, nor do they want to. Their bigotry is another knee-jerk response against the LGBT community.

Just to state the obvious example, a transgender person isn’t a man who “feels like a woman today” in order to sneak into the other bathroom, as the American Family Association’s petition against Target claims.

So let’s give credit to Christians who are trying to make sense of an issue they never spent much time thinking about before. Mark Wingfield, an associate pastor at Wilshire Baptist Church in Dallas, points out “seven things I’m learning about transgender persons” as a way to educate his fellow Jesus-followers. 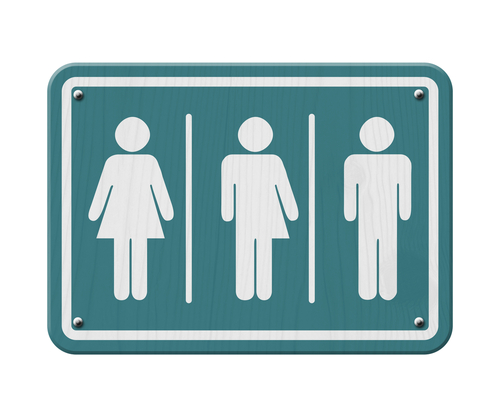 4. Transgender persons are not “transvestites.” Far too many of us make this mix-up, in part because the words sound similar and we have no real knowledge of either. Cross-dressers, identified in slang as “transvestites,” are people (typically men) who are happy with their gender but derive pleasure from occasionally dressing like the opposite gender. Cross-dressing is about something other than gender identity.

That’s very helpful stuff. (I’m not being sarcastic at all.)

It’s a bit jarring that some of the items on his list actually need to be said — “Transgender persons are not pedophiles” — but if it helps educate people who might otherwise make that mistake, I’m glad he’s saying it. We need more pastors to follow his lead.

I just hope Wingfield says all this to his congregation, too. Saying it on an outside website isn’t enough, though it’s very much appreciated.

(Image via Shutterstock. Thanks to Candice for the link)

May 17, 2016
Bizarre New Video Claims That Atheists Are At Risk of Demons Through Drug Abuse and GMOs
Next Post

May 17, 2016 Tux-Wearing Girl Who Was Kicked Out of Her Own Prom Gets Invited to Appear on It's Always Sunny
Browse Our Archives
What Are Your Thoughts?leave a comment