Christian Activist in Arkansas Wants to Lynch Mayors and Unleash a Civil War For Jesus May 17, 2016 Terry Firma

When an Arkansas Christian named Maverick Dean Bryan, 55, tried to get the Bible onto the state’s public school curriculum, he sent threatening letters to the mayors of seven towns, telling them that unless they replaced the Common Core curriculum with the Good Book, they were going to be hanged from one of the local “mighty oaks.” 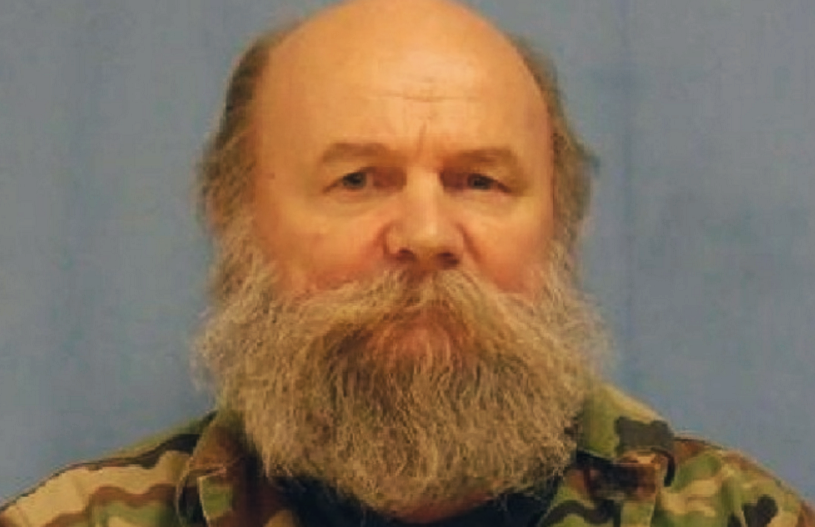 And that was just the beginning of a Christian revolution that would cause the deaths of hundreds or even thousands.

During depositions, Bryan admitted to placing ads in a local paper seeking $23 million to raise a Christian army to overthrow the U.S. government.

Prosecutors stated that Bryan’s letter [to the mayors] also demanded that the mayors no longer honor votes cast by anyone who is homosexual, Muslim, socialist, communist, atheist, or anyone who worships a God other than Jesus Christ.

Bryan had been out on bail since late March, but a judge sided with federal prosecutors and deemed him a safety risk on account of his “unwillingness to abide by the laws concerning the possession of firearms by a convicted felon.” Even on the day of his arrest, Bryan was carrying a gun, in violation of a previous decree by a judge.

He’s back behind bars now, at least until he has to appear in court again later this month.

(Photo via Department of Corrections)

May 17, 2016
Samantha Bee Explains the Nasty, Racist History of the Religious Right
Next Post