Earlier today, with my post about Maverick Dean Bryan, we visited the eerily familiar intersection of Christianity and mental illness. While we’re on that topic, let’s spare a thought for the Thompson family’s formerly white poodle. 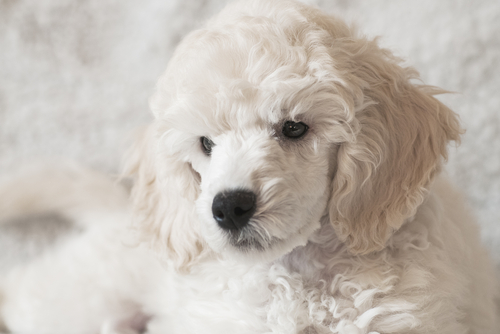 Dad Patrick Zane Thompson, of Goodyear, Arizona, was so upset over a “satanic” shirt his daughter had allegedly worn that even after he burned the garment, he became convinced that he needed something more to appease the Lord. A male sacrifice was just the ticket, he decided.

Based on his readings of the Bible, Thompson announced he would kill himself, or his six-year-old son, or the family dog.

Somehow he didn’t end up picking himself. Nor, luckily, his son. But Sparky? Sparky had to go.

Police say the family grabbed the dog, a poodle, and tried to flee, but Thompson reportedly grabbed the daughter. The family pleaded with him until he released the girl and promised not to harm the dog,

… but he strangled it to death anyway, then threw it on the barbecue smoker.

May 17, 2016
Skeptics Conference Speaker Criticizes Audience for Going After "Soft" Targets Like Bigfoot and God
Next Post

May 17, 2016 A New Kind of Bakery Discrimination: Customer Cancels Order Because Owners Are Muslim
Browse Our Archives
What Are Your Thoughts?leave a comment