Megan Fox, Evolution Exhibit “Auditor,” Will Release Book About Being a “Citizen Sleuth” May 16, 2016 Hemant Mehta

Megan Fox, Evolution Exhibit “Auditor,” Will Release Book About Being a “Citizen Sleuth” 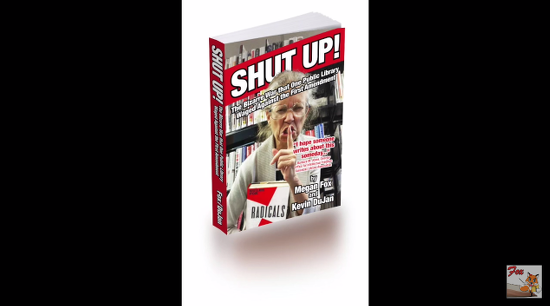 The true story is far less exciting, and the situation doesn’t require the superheroes they imagine themselves to be in that video.

Robyn Pennacchia at Wonkette has a nice summary of the actual story this book is ostensibly based on:

In [Fox’s] quest to dig up dirt on the library, she found a report of an incident from 2011 in which one patron was accused by another of viewing child pornography on a library computer and saw that this was not reported to the police. The patron declined to give her information to the librarian in order to follow up, and since the library didn’t have a name for the man (only a description), there clearly was not anything they could actually do unless they caught him themselves, which the report says they were unable to do. If they had called police and they did find child porn had been viewed on the computer, they probably still couldn’t *prove* it was that guy unless he used a credit card to download it or some such.

That’s it. For that and other attempts to take down the library, Fox and DuJan have cost the Orland Park taxpayers more than $125,000 so library staffers could respond to FOIA requests such as these:

One asked why a trustee wears a similar red outfit at each meeting, whether it was a form of “hazing” or the library has “anything in writing that explains why she dresses up as Mrs. Claus every month,” according to library documents.

In other words, the two of them are “citizen sleuths” as much as anti-Planned Parenthood activist David Daleiden is an investigative reporter. They can call themselves whatever they want; it doesn’t mean the label fits.

As with a lot of the videos they post, this book appears to be nothing more than a vanity project. But I’ll reserve judgment until after I see it.

Here’s the bigger question: Will the Orland Park library carry it?

May 16, 2016
An Atheist Explores the Philosophical Side of Resurrection
Next Post