An Atheist Explores the Philosophical Side of Resurrection May 16, 2016 Hemant Mehta

An Atheist Explores the Philosophical Side of Resurrection

It’s easy to make up stories about what happens to you after you die — religions do it all the time. But what do we actually know about the afterlife? Does science have anything relevant to say about it, or is it silly to even ask? 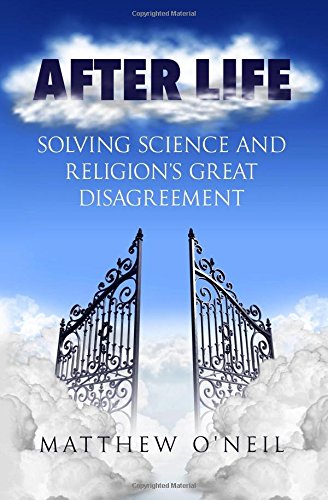 In the excerpt below, O’Neil offers a philosophical take on the concept of resurrection:

Can we rightfully argue, in spite of the philosophical support for the position that there is no possibility of a soul, that resurrection could happen? Could we, once we finally face our untimely death, come back to life with our personality, minds, experiences, and all else intact?

We have to face facts that, first, the body decays. Once a person dies, the body starts to decompose and fall apart; our atoms are released back into the cosmos and become a part of life in some other respect (more on that when we get to the section on science). So, can those atoms, hypothetically, come back together to reform you and grant you new life after death?

Well, no; no they cannot. If we take a similar example, cloning, we see that clones will never be 100% exact copies of the people they are cloned from. They could, potentially, have the exact same DNA as the person whose genetics they share, but they lack not only experiences, but the intelligence, ethics, philosophies, and the very same consciousness or personality of the person from whom they were cloned.307 If we cloned Albert Einstein, as an example, there is no guarantee that his clone would grow up and have an equally great scientific mind. This is due, largely, to the environment the person grows up in. Perhaps this new Einstein would grow up to advance quantum mechanics, something the historical Einstein struggled to accept and understand.

It is likened to the concept of teleportation, as one might see in the science fiction world of works like Star Trek. The idea seems very interesting and would be thrilling to try, at least in theory. If you have seen the Mel Brooks movie SpaceBalls, you might also see why it is such a bad idea (“Why didn’t anyone tell me it was so big?!”). The very hard truth of the matter, when taking physics into account, is that, in order for teleportation to work, it would necessitate completely destroying your body, taking it apart atom-by-atom, and then reassembling it together at another location.

One option for this to function, still with its limitations, is, according to MIT physicist Edward Farhi, quantum teleportation. This would require “particles to be sent ahead of time to the location you want to teleport to… [but] even quantum teleportation takes time; the signal that carries the information used to reconstruct you cannot move faster than the speed of light.” While Farhi does admit that “the person at point B should have exactly the same thoughts and memories” as the person who left point A, he also says, in the same line, that they are destroyed, initially, before they are reassembled.

Shelly Kagan addresses this problem in another one of his lectures. He introduces an idea put forward by Peter van Inwagen — a metaphysicist at Notre Dame. Suppose a child in your house, their relationship to you is at your discretion, builds a tower out of blocks and goes to sleep, either for a nap or for the night. While they are asleep, you take careful, considerate notes to map out how the tower is structured. Once you do that, you destroy the block tower and rebuild it exactly as the child did it, down to the minutest detail. Once the child awakes, and sees the block tower, is he or she rightfully able to tell people “This is the block tower I built”? While they may not realize it, as it looks absolutely identical to the one that they built, it is not the one they built, but is in fact the one that you have built. It is modeled after the one the child made, but it is not the same one.

Likewise, if I purchase an old Nintendo 64 that does not function, and am able to find replacement parts and put it back in working order, the original owner, perhaps noticing a blemish or sticker or detail that they were familiar with on the original system, might say, “Hey, this is my old Nintendo!” But we have to ask, is it really? In this instance, I agree that there are some differences to the previous example and comparing it to teleportation. Still, if we argue that something is destroyed and then placed back together, is it the same thing? Is it still my friend’s Nintendo that I put back together in working order? Is it the child’s block tower that he or she built, when you are the one that disassembled and reassembled it? Is it the same person who is destroyed in the transmitting teleporter that then is put (back) together in the receiving teleporter?

Now, this is all to make a point about the resurrection. Resurrection, as seen in the study of the Hebrew Bible and New Testament, is the belief that either 1) a spiritual resurrection could occur, which seems unlikely given our discussion about the soul. Or 2) physical resurrection, which, as we have just gone over, seems to really imply that we would not be ourselves, is a legitimate phenomenon. Forget how the resurrection might happen; it is as much a hypothetical as teleportation is. What matters is we are talking about the destruction of one body and creation of a new one. While I do not deny processes like the deterioration of the body over time, and even death, I even accept there are ways to improve our body and make it better — be it through education, self-discovery, health, nutrition, or exercise. But to completely dismantle the body and create a new one is not resurrection; it is cloning, at best, with teleportation as a close alternative. And it is questionable, in both instances, whether the being that comes from such a thing is, in fact, the same person who was initially destroyed or who died.

We can, rest assured, not only put aside the notion that our bodies can come back from the dead, but we can also put to bed any discussion or argument encompassing the idea of a resurrection of our current, or a renewed, body, as many have argued. What stands to reason, on both scientific and philosophical grounds, is that the body, in the highly hypothetical circumstance where physical bodies could come back from the dead, would not be your own. It would be a brand new creation that would not be you.

After Life is now available online.