This Edited Version of the Jehovah’s Witnesses Anti-Gay Video Is So Much Better Than the Original May 14, 2016 Hemant Mehta

Last week, I posted a disturbing video released by the Jehovah’s Witnesses (and mirrored by others on YouTube) in which a little girl learns an important lesson after she tells her mother about a classmate who has (*gasp*) two moms. 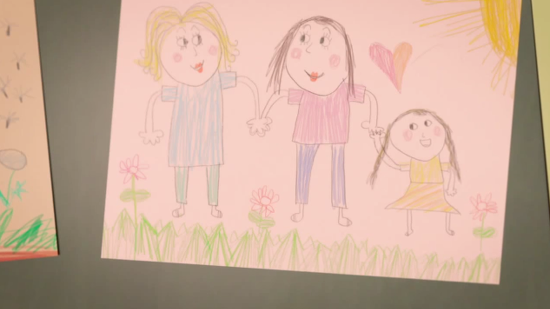 The child is told by her mother that same-sex couples are going against the will of Jehovah. Gay marriage is even compared to terrorists trying to get through airport security, with God functioning at the TSA.

Thankfully, YouTuber Trixie Firecracker TV edited the video to make it LGBT-friendly — and it’s so much better than the original:

Moral of the story: the abridged version of religious propaganda is always preferred.

(via The Freethinker. Portions of this article were published earlier)

May 14, 2016
This is a Great Response to Christians Who Say "God Created Adam and Eve, Not Adam and Steve"
Next Post

May 14, 2016 Bill Maher and Michael Moore Share Their Dream of an All-Atheist Comedy Tour Through the Bible Belt
Browse Our Archives
What Are Your Thoughts?leave a comment