Here’s something you don’t always see: A substitute teacher showed a TED Talk by Pastor Rick Warren in the classroom, full of religion and spirituality and other forms of nonsense as you might expect, and the District handled it the right way. 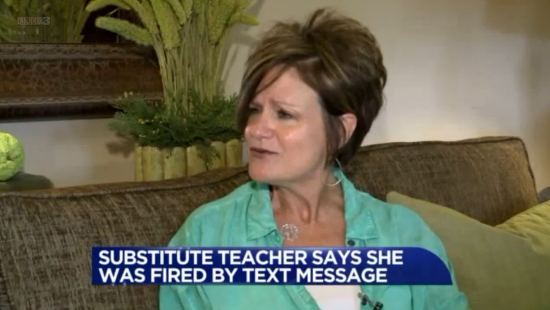 Mary Simms was subbing for a 10th grade English class at Collierville High School in Tennessee last month when she showed the Warren video “to contrast the hedonistic lifestyle promoted in a book by James Joyce.” She didn’t elaborate beyond that.

Whatever the discussion about that book was, and even though Warren’s talk was about living a meaningful life, make no mistake: The video was just a preacher preaching in a different venue. It was a sermon by another name.

The District, to its credit, handled it perfectly, and they didn’t even need a church/state separation group to nudge them in that direction:

In a statement, Collierville Schools Chief of Staff Russell Dyer said, “a substitute, and former public school teacher, allegedly showed a video in the classroom that was religious in nature and which deviated from the lesson plan created by the teacher of record and violated the policies of the Collierville Schools.”
‎
The school said it asked the subbing agency that employs Simms not to assign her to Collierville schools in the future.‎

No lawsuit. No money. Just a District saying, “We won’t be using you anymore.”

By the way, that image above says Simms was fired by text message, as if it matters. It’s true someone contacted her via text one morning asking her not to come into school, but that’s probably because it was 4:39 a.m. and they didn’t want to call her at home and risk waking everyone up. The only issue that matters here is what she showed in class. It’s one thing to show an inspirational video, even if it doesn’t directly meet some random state standard, but no teacher should be promoting Jesus (or atheism, for that matter) in the process.

May 14, 2016
A Woman Was Fired by a Christian Charity For Supporting Marriage Equality. Why Is She Surprised?
Next Post

May 14, 2016 Seth Andrews Tackles the Dubious Story of a Pastor Who Supposedly Outwitted Atheists in a Debate
Browse Our Archives
What Are Your Thoughts?leave a comment