If a Helicopter’s Engine Fails, Will It Just Fall from the Sky? A YouTuber Decided to Find Out May 14, 2016 Hemant Mehta

If a Helicopter’s Engine Fails, Will It Just Fall from the Sky? A YouTuber Decided to Find Out 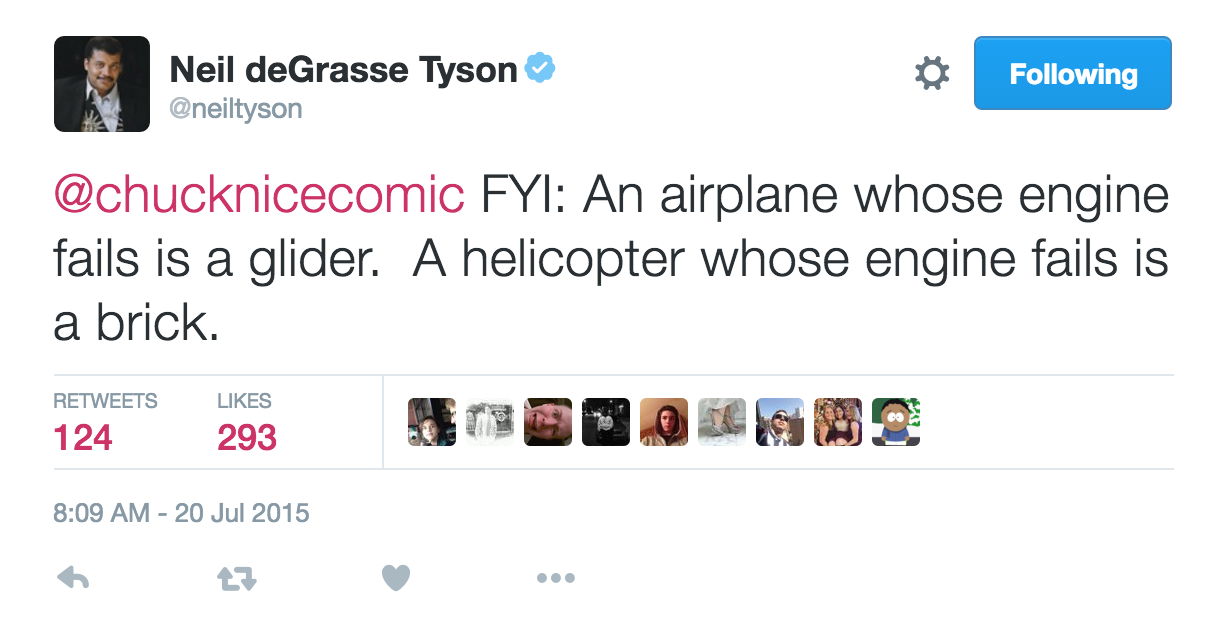 It makes sense on the surface. If a helicopter’s main rotor blade just stops spinning, won’t the whole contraption just fall from the sky?

Destin Sandlin decided to test out that theory by, um, getting in a helicopter and shutting off the engine. Because science.

(Okay, so he had a little bit of help, but the explanation is really neat.)

Kudos to Prophet Neil for being a good sport about all of this.

By the way, if you’re not already subscribed to Smarter Every Day, you’re missing out. It’s one of the best science-y channels out there.

May 14, 2016
Atheist Laments Silence from Interfaith Groups on LGBT Discrimination
Next Post

May 15, 2016 Even More of Ayaan Hirsi Ali's Best Arguments and Comebacks
Browse Our Archives
What Are Your Thoughts?leave a comment