Dr. James Croft is the leader of a Humanist congregation and does plenty of interfaith work. Both of those things are contentious to various degrees even among atheists, but he does an excellent job in both areas. He’s a great liaison to have on our side.

That’s why it’s really interesting to hear him vent a bit about the biggest frustration he has with interfaith work — and it has nothing to do with his atheism: 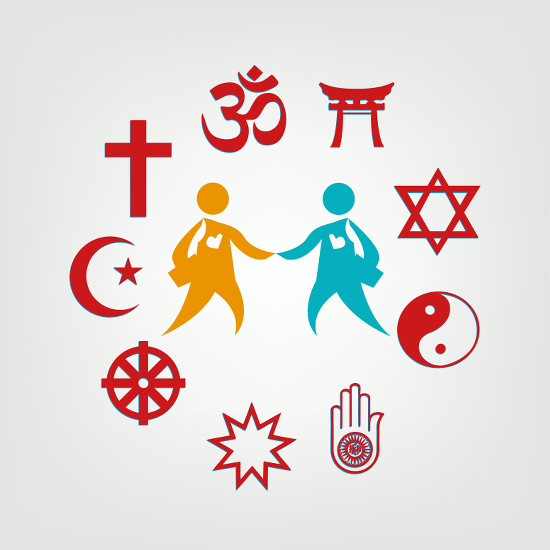 … there is one issue on which these coalitions remain perpetually silent — which, in some cases, cannot even be spoken of. That issue is the full and equal dignity of lesbian, gay, bisexual, trans, and other queer people. Bring to the table a proposal to affirm the rights and dignity of Muslims after a terrorist attack, and you will (rightly) receive unanimous and enthusiastic support from people around the table. Suggest that LGBTQ people should be protected from discrimination in the workplace and the marketplace, and the squirming begins.

James makes clear that there are plenty of religious people who are on the side of equality here; he’s not throwing all religious people under the bus. But that vocal opposition means the issue doesn’t even get discussed. No discussion means no progress.

It is an extraordinary strain to work with coalitions which, in some cases, will not even discuss the ways in which you are oppressed: to take the oppression of queer people off the table of discussion is to compound oppression with oppression.

This is part of my own frustration with interfaith groups; when you’re more interested in getting along, it becomes much harder to have real conversations whenever there are points of disagreement. Some topics are simply off the table. And you would think people working in interfaith coalitions are the ones most adept at discussing their differences. If they can’t do it, who can?

It’s not enough to make James leave the table entirely. He has a better chance of changing things from the inside. But I’m sure many of you share his concerns.

May 14, 2016
Seth Andrews Tackles the Dubious Story of a Pastor Who Supposedly Outwitted Atheists in a Debate
Next Post

May 14, 2016 If a Helicopter's Engine Fails, Will It Just Fall from the Sky? A YouTuber Decided to Find Out
Browse Our Archives
What Are Your Thoughts?leave a comment