If you’re planning to sit out this election because you’re not a fan of either major party candidate, you owe an explanation to every LGBT person you know. You need to tell them why they don’t matter to you.

Because if Donald Trump wins, with the Republican Party leaders whispering in his ears at all times, you can kiss the progress we’ve made on LGBT rights goodbye.

Look at what the Obama administration plans to do regarding transgender students, according to the New York Times: 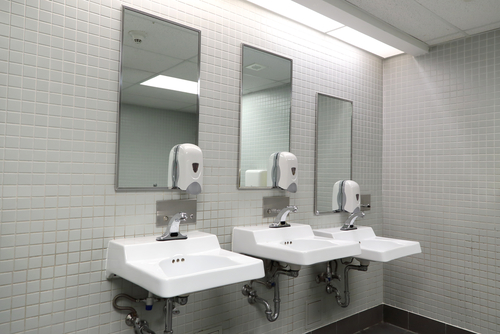 The Obama administration is planning to issue a sweeping directive telling every public school district in the country to allow transgender students to use the bathrooms that match their gender identity.

A letter to school districts will go out Friday, adding to a highly charged debate over transgender rights in the middle of the administration’s legal fight with North Carolina over the issue. The declaration — signed by Justice and Education department officials — will describe what schools should do to ensure that none of their students are discriminated against.

It does not have the force of law, but it contains an implicit threat: Schools that do not abide by the Obama administration’s interpretation of the law could face lawsuits or a loss of federal aid.

That’s a long way of saying, “Take that, North Carolina.”

It’s the sort of defense of transgender rights we could never have imagined coming from the top levels of the government a few short years ago. It comes from a President who doesn’t give a damn if it hurts him (or other Democrats) politically — and I’d like to think it won’t hurt them — though you can bet Christian leaders will denounce this and claim it opens the door to assault, perversion, or worse.

But it’s a long time coming. And if you don’t vote for the Democrat in the upcoming election, these moves will either disappear or be rolled back. That’s what will happen if you sit out in November. It’s not just LGBT rights that hang in the balance here; it’s abortion rights, church/state separation, gun safety, etc. You can’t say you care about these issues, then choose to stay home in November.

Vote. Go register to vote right now. Take your friends with you on Election Day. Otherwise, we won’t see this kind of progress again for a long time.

May 13, 2016 After Iowa Synagogue Gets Vandalized, Local Atheists Assist in Clean-Up Efforts
Browse Our Archives
What Are Your Thoughts?leave a comment