I happen to live near an area in Illinois that once elected Dennis Hastert to the House.

While the former Speaker is now in jail for evading banking rules, the bigger story is that he admitted to molesting children while working as a wrestling coach at a nearby high school.

As it turns out, there’s also a street in the area called Hassert Blvd. — note the spelling — and you can now see these signs up and down the road: 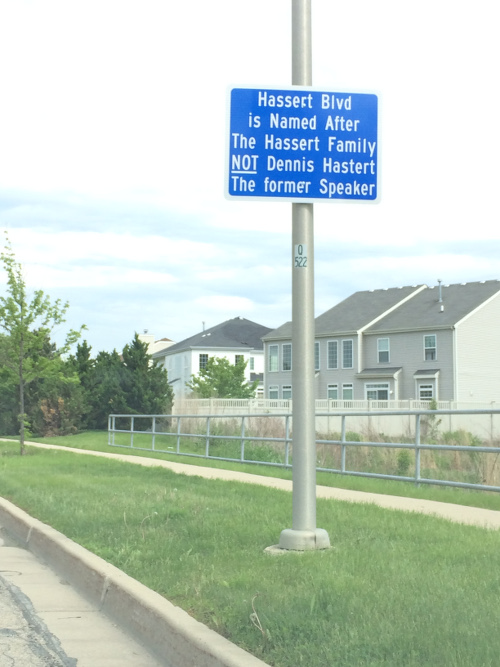 I didn’t realize that needed clearing up… but I imagine city officials were inundated with requests from angry, confused individuals asking them to change the name that they felt obligated to do something. #TeachTheControversy

May 12, 2016
Televangelist Jim Bakker: The Zika Virus is Dangerous... So Buy My Giant Buckets of Food
Next Post