Professor at Seventh-day Adventist College May Be Fired After Inviting Atheist to Speak on Campus May 13, 2016 Hemant Mehta

You know your religion is wrong when the idea of challenging your core beliefs is seen as a problem.

Readers of the site are familiar with Ryan Bell, a former professor and pastor of a Seventh-day Adventist church. He announced in 2014 that he would “try on” atheism for a year and “live as if there is no God.” By 2015, he was an atheist. 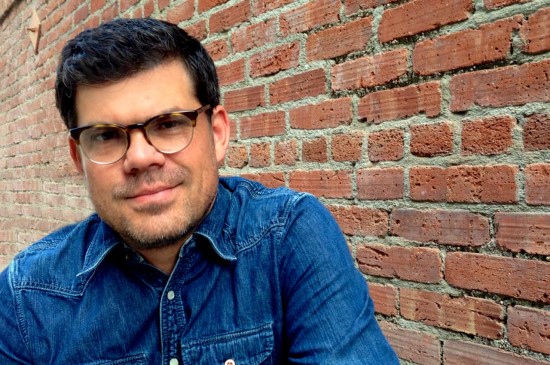 He’s now working on a project called Life After God, which helps people adjust after leaving their religion.

Last fall, Bell was scheduled to speak at Pacific Union College, a Seventh-day Adventist school and his alma mater. He was invited by Professor Aubyn Fulton to talk to students about his journey away from the faith. But days before the event, the school’s President, Dr. Heather Knight, canceled the talk — presumably because she was afraid Bell might plant seeds of doubt into the students’ minds.

Bell wrote an open letter to Knight last October explaining why he thought it would be valuable to encourage students to question their core beliefs:

I realize this decision may have had little to do with the content of what I might say and more to do with public relations. With enrollment numbers down and the challenges involved in managing a college, it must be incredibly difficult to balance all the competing interests. I also recognize that having me on campus is akin to the Microsoft Corporation inviting a former Microsoft executive who now works for Apple, to come and talk about what made them leave Microsoft. It’s definitely counterintuitive. On the other hand, great leadership is often counterintuitive. More than this, great leadership is courageous. If I were to articulate a few qualities I would want graduates of any college or university to take with them into the working world it would be moral courage: the ability, when necessary, to make a difficult decision that is right for it’s own sake, even when it does not contribute to the financial bottom line or add to one’s resume.

He had a point. What did it say about a college’s leader that she would disinvite someone from speaking out of fear that he might just be persuasive?

It turns out Knight’s skin is even thinner than we thought.

According to Professor Fulton, who invited Bell to speak on campus, he’s getting fired after nearly 30 years on the faculty because of the Bell incident and his subsequent criticism of Knight’s decision.

I am informed that Pacific Union College President Heather Knight will fire me at the end of this Spring Quarter. I have not yet been given written notification with a specific statement of the alleged cause, but the president transmitted to me previously that she would be firing me because of the events surrounding my decision to invite Ryan Bell (“infamous ex-Adventist Atheist”, as he has been described to me by more than one alarmed correspondent) to speak to one of my classes last Fall, and my subsequent public criticism of the president’s decision to disinvite him, over my strenuous objections. I believe I referred to that action as “the most egregious violation of academic freedom” I had ever encountered over my nearly three decades as a member of the PUC faculty. I stand by that judgment.

Obviously I dispute the right of the Board to terminate my contract without just cause, and I dispute the claim that either my invitation to Ryan, or my public criticism of his dis-invitation, constitutes cause under the PUC Faculty Handbook, which functions as the faculty contract. If academic freedom means anything, it has to mean the right (even the responsibility) to express, appropriately and without personal attack, criticism of and disagreement with institutional authority. I will be pursuing all appropriate options available to me to oppose this termination, which I believe to be in violation of the terms of my contract. Whatever the outcome of those efforts however, it is also clear that I will never again be employed by PUC after this June.

Knight claims she never fired Fulton — or told him she would — but the writing on the wall seems very clear. Students staged a protest on campus last week opposing the alleged firing, though it would be even more powerful if they threatened to transfer schools.

If Fulton is fired, he wouldn’t be the first to be forced out over academic freedom controversies.

Four other professors in the Psychology and Social Work Department have resigned or retired since 2014, with three faculty members publicly expressing concerns about academic freedom.

Department Chairman Greg Schneider, who’s been at PUC since 1977, announced his resignation of the Chair last week, effective July 1, although he will continue to teach at PUC for at least another year.

In his resignation letter, he criticized Knight for promoting a policy “that the President is the arbiter of academic freedom at PUC and that the President at her sole discretion may legitimately direct any teacher at any time what to say or not say in the classroom and that dissent from the President’s direction constitutes insubordination, a firing offense.”

I asked Ryan Bell what he made of all this. He lived in the bubble himself and understands the fear of “controversial” ideas within the church community. He told me none of this surprises him, and it’s part of the reason he knew he couldn’t remain an Adventist any longer:

I have reached out to support the students. I am very encouraged by the bold student protest of this limitation of academic freedom. I do realize how controversial my speaking at PUC would have been, but I have a high regard for the students. I was not invited to proseletize for atheism and I believe the students are smart enough to listen to reason and my personal narrative and make up their own minds. After all, we are talking about psychology and social work majors. These are students who will be lifelong students of human behavior and beliefs.

PUC’s actions are in keeping with my experience of the Seventh-day Adventist church in general — fear-based and protecting the church institution at all costs. Like many corporations, the Adventist Church markets it’s weaknesses as strengths to compensate for those weaknesses. In this case, the church claims to desire the truth at all costs and even to “have the truth.” This is a common Adventist expression. In reality, the church’s administration and marketing departments hide the truth to protect their brand. This is anathema to quality education.

As I said in my open letter to Dr. Knight, the students don’t need to hear from me, but they do deserve a robust education that includes input from sources other than those officially sanctioned by the church corporation.

After last week’s protest, Knight agreed to a town hall-style meeting the following day. There’s now a write-up by a group called FreePUC in which they list all the still-unresolved questions. When you read the list, you have to wonder what Knight accomplished at all with the meeting.

This is what religious cowardice looks like. If the administration can’t handle someone with an opposing perspective speaking on campus — not even to promote those beliefs, but to send the message to students that they shouldn’t be afraid of asking tough questions — what’s the point of running a college in the first place? Students don’t need to pay tuition to explore the bubble they already live in; they ought to be exposed to new, challenging ideas.

May 13, 2016 Christian Group Gives "Rosa Parks" Award to Coach Who Pushed His Faith on Religious Minorities
Browse Our Archives
What Are Your Thoughts?leave a comment