Inspiring Public School Principal Can’t Help But Preach Christianity While On the Job May 13, 2016 Hemant Mehta

If you can change the culture at a high school in a rough community, you deserve plenty of praise, and Principal Michael McGrone of Rich South High School (just south of Chicago) has received plenty of it: 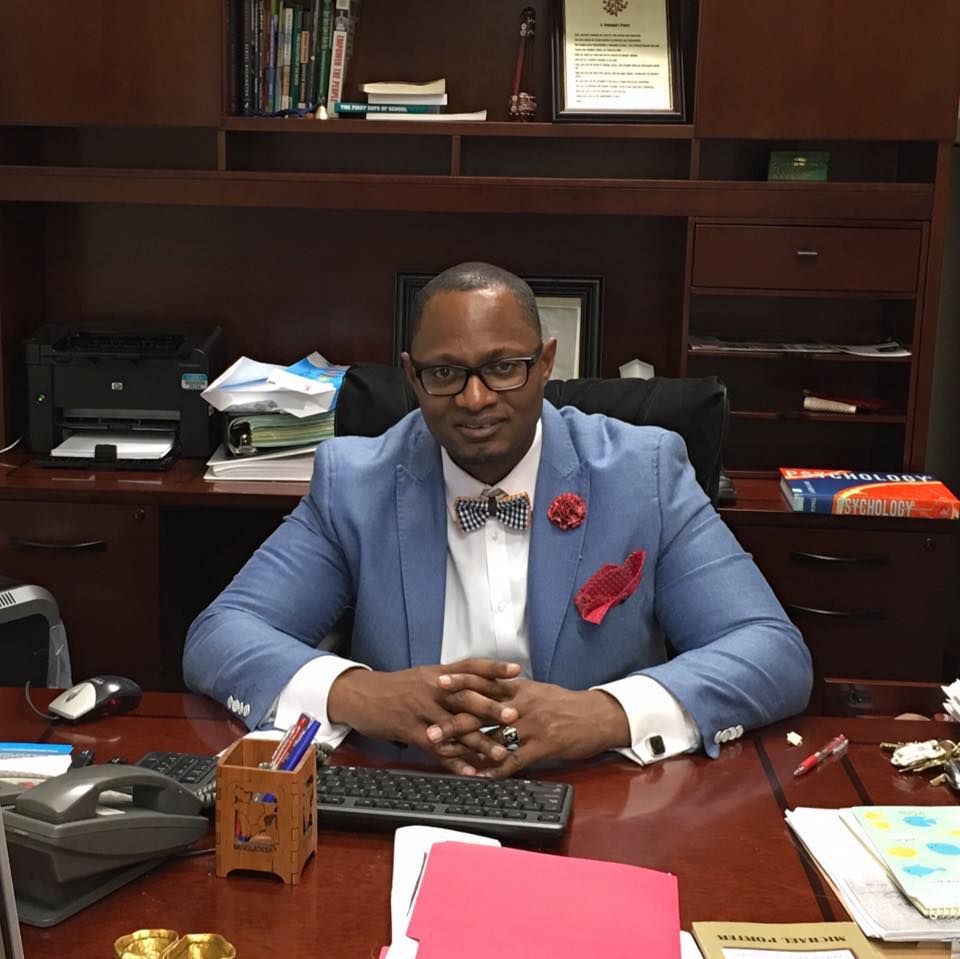 When classes let out each day at Rich South High School, first-year Principal Michael McGrone can be found walking with students along Sauk Trail to a nearby gas station.

It’s his way of protecting students — making sure they don’t get into fights or other after-school trouble at a school that in recent years has had its share of publicized violence. Since taking over at the Richton Park high school in September, McGrone says, he’s been creating a culture of “love and compassion.”

That sounds great; we need more administrators like that. He’s also instituted mentoring groups, rewarded students with “Turn Up Fridays,” and spoken in “language the students will understand” in order to better connect with them.

The problem is that Christianity is a huge part of that language, and McGrone seem to think he’s getting paid to be a pastor:

McGrone has promoted prayer in school. In addition to frequent references to Jesus, McGrone has brought a woman he called “Mother Henderson” to pray with students in the cafeteria. In a video he posted on his Facebook page in January, McGrone handed her the microphone as she repeated for several minutes, “Alleluia, praise Jesus.”

“This is how we ‘stop the killing’ allow God back in school!!,” McGrone wrote in his Facebook post. “Prayer works.”

Don’t worry about studying and college, everyone. Just pray in school and everything will be great!

He responds to criticism of these actions by saying, “I cannot deny who I am and what got me to be principal,” but that’s just another way of saying he’ll break the law if it’s convenient for him. As much as he wants to help the students, he’s sending a message, whether he likes it or not, that he prefers his fellow Jesus followers over Muslims, atheists, Hindus, and other non-Christians at the school.

Promoting religion isn’t the only reason he’s been criticized:

Two seniors — the valedictorian, Rachel DuBrock, and salutatorian, Daniel Angel — said they felt degraded by McGrone’s “use of race rhetoric.”

“This school year has been my most difficult to get through when, in the mornings, I am forced to listen to discriminating speeches targeting not only whites, but also women,” DuBrock told the board.

At the March 22 school board meeting, the two students also claimed that McGrone told female students to stop letting boys “go in and out of you.”

He says that last comment was taken out of context, but he also dismisses the objectively illegal things he’s doing by pushing his faith on the students. Basically, in his mind, he can do no wrong because he’s making a difference.

But if that means using the school as an extension of his church, then he has no business being a principal. If he can’t inspire kids without bringing religion into it, maybe he’s not as effective as he thinks he is.

For what it’s worth, he was suspended for a few days last month for disciplinary reasons, but the Daily Southtown said the district denied their Freedom of Information Act request for details. I’m hopeful the administrators are keeping him in check, warning him against crossing the line again.

I’m sure he’ll continue getting praised for what he’s done at the school. But keep in mind that if he were promoting any religion other than Christianity, he’d be out of a job already.

(Thanks to Brian for the link. Image via Facebook)

May 13, 2016
Judge to Heroin Dealer: Read This Ben Carson Book About God and I Won't Send You to Jail
Next Post

May 13, 2016 Texas Superintendent Says He'll Shred Obama's Transgender Letter: "He Ain't My President"
Browse Our Archives
What Are Your Thoughts?leave a comment