An Atheist Planted a Seed of Doubt in His Mind in 2014; Now, a Christian Explains Why He Deconverted May 13, 2016 Hemant Mehta

An Atheist Planted a Seed of Doubt in His Mind in 2014; Now, a Christian Explains Why He Deconverted

Anthony Magnabosco, someone familiar to regular readers, is a “street epistemologist.” He’s like a preacher you might run across on your college campus, except he’s not trying to convert you. He just wants to ask you questions about religion and get you to think. He then posts videos of these interactions on YouTube and they’re fascinating to watch, in part because he deconstructs what went right and wrong each time.

In September of 2014, on the campus of the University of Texas at San Antonio, Anthony ran into a guy named Ryan. He was a strong Christian who claimed to believe in God 100%. “No doubt,” he said.

A funny thing happened recently; Ryan got in touch with Anthony to tell him he had become an atheist. Anthony, in true form, picked up his camera and asked Ryan to walk through the video of their initial encounter and explain what changed in his mind since then. It’s a fascinating conversation: 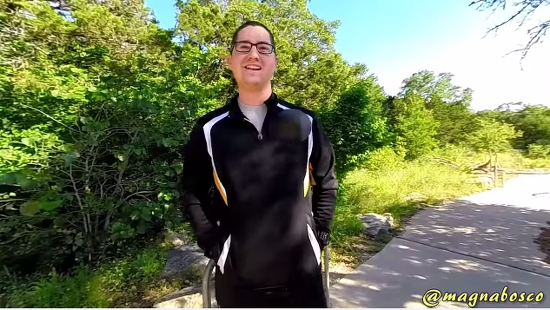 At one point, Ryan says that the questions Anthony asked him in 2014 — ones he gave standard Christian responses to — were similar to ones he came across in his own journey to atheism. The more he read, the less he believed in his own explanations.

Moral of the story: You may not be able to convince someone to shed their faith in a short conversation, but Anthony planted the seeds of doubt in Ryan’s mind in about 20 minutes back in 2014, and Ryan eventually figured it out on his own time.

It’s part of why I blog. I don’t think any one article will convince you to leave your religion, but maybe if you keep reading, day after day, you’ll start thinking along the same lines when you hear religious apologists or faith-based defenses of anything. If you become an atheist along the way, fantastic.

If any moments in the video stand out to you, please leave the timestamp/summary in the comments.

May 13, 2016
Christian Group Gives "Rosa Parks" Award to Coach Who Pushed His Faith on Religious Minorities
Next Post