Franklin Graham: Boycotting Companies Is Only Okay When I Say It Is May 12, 2016 Hemant Mehta

Franklin Graham: Boycotting Companies Is Only Okay When I Say It Is

Christian evangelist Franklin Graham is oh-so-angry that a new Chick-fil-A store in New York City has drawn the wrath of Mayor Bill De Blasio, who said he won’t eat there and urged other New Yorkers to join him, all because of the owners’ anti-gay beliefs.

Graham writes that it’s appalling for anyone to boycott Chick-fil-A over the politics of the company, calling it “bullying, intolerance, and discrimination.” 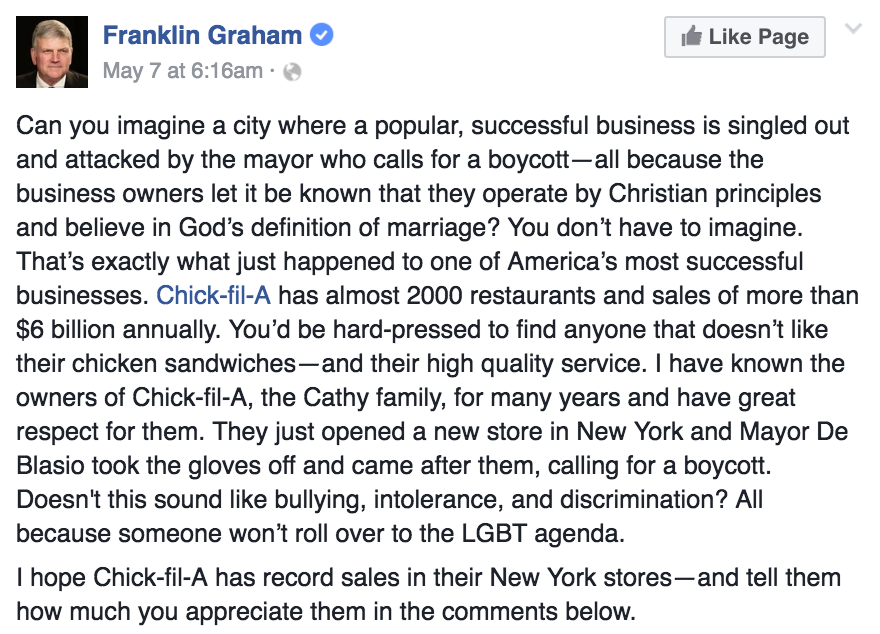 Can you imagine a city where a popular, successful business is singled out and attacked by the mayor who calls for a boycott — all because the business owners let it be known that they operate by Christian principles and believe in God’s definition of marriage?…

They just opened a new store in New York and Mayor De Blasio took the gloves off and came after them, calling for a boycott. Doesn’t this sound like bullying, intolerance, and discrimination? All because someone won’t roll over to the LGBT agenda.

So boycotts are forms of bullying, intolerance, and discrimination?

Someone should really tell Franklin Graham of a few weeks ago, since he promoted a boycott of Target over its trans-inclusive bathroom policies. 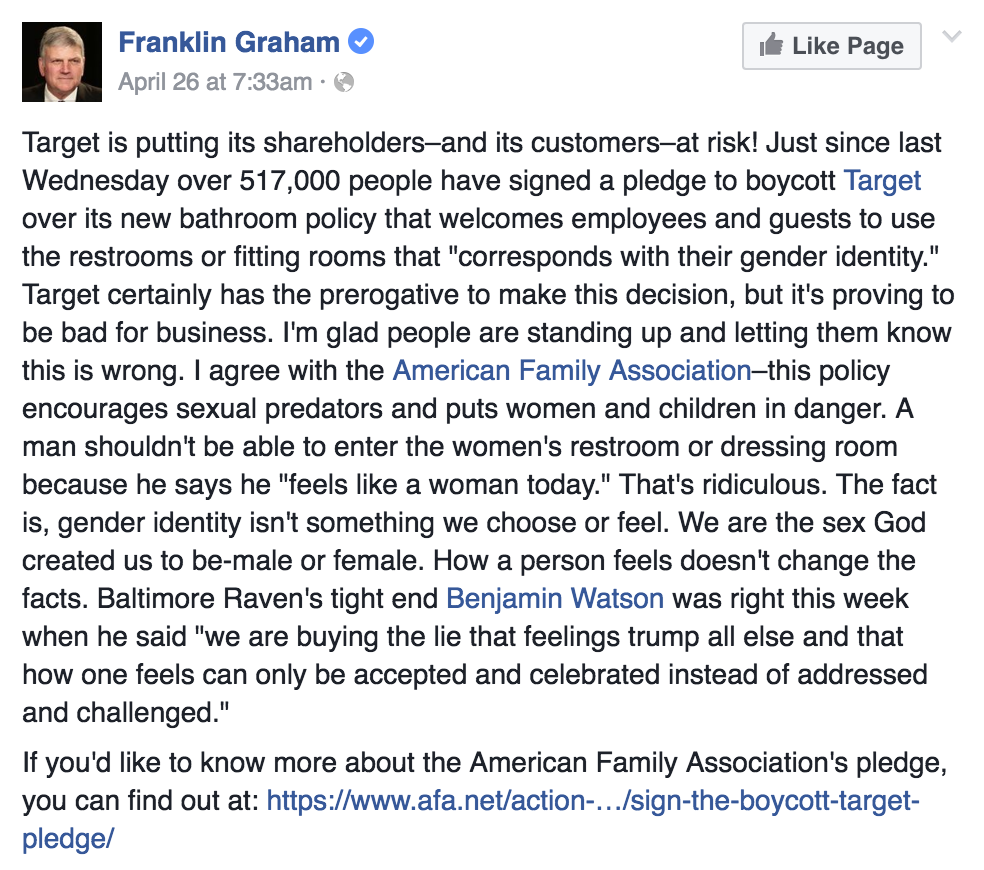 Target is putting its shareholders — and its customers — at risk! Just since last Wednesday over 517,000 people have signed a pledge to boycott Target over its new bathroom policy that welcomes employees and guests to use the restrooms or fitting rooms that “corresponds with their gender identity.”

I agree with the American Family Association — this policy encourages sexual predators and puts women and children in danger. A man shouldn’t be able to enter the women’s restroom or dressing room because he says he “feels like a woman today.” That’s ridiculous.

So boycotts are fine… but only when they’re made again inclusive companies. If you dare speak out against companies whose Christian owners promote anti-LGBT discrimination, you’re a bully who needs to be stopped.

Or, to put it another way, boycotts are only okay when Franklin says they are. Got that?

(via Over the Cuckoos’ Nest)

May 12, 2016
Heidi Cruz Says Her Husband's Loss Was God Working On His Own Time... Just Like With Slavery
Next Post