After Hinting at a New Album, Christian Band dc Talk Sells Cruise Tickets, and Fans Are Furious May 12, 2016 Hemant Mehta

If you were a Christian growing up in the 1990s, you were likely obsessed with the band dc Talk. They delighted many teens with a rock/rap blend and family-friendly lyrics. Practically everyone who attended a youth group in that era decked themselves out in Jesus Freak gear and sat around a campfire singing mournfully about those unbelievers who would be left behind in the rapture. Millions attended dc Talk’s concerts and festival tours. In 2000, the dc Talk members parted ways and fans were left with only their albums and nostalgia.

But earlier this month, the band hinted that there might soon be something more.

They posted a cryptic photo to the band’s Facebook page, simply showing the year 2017: 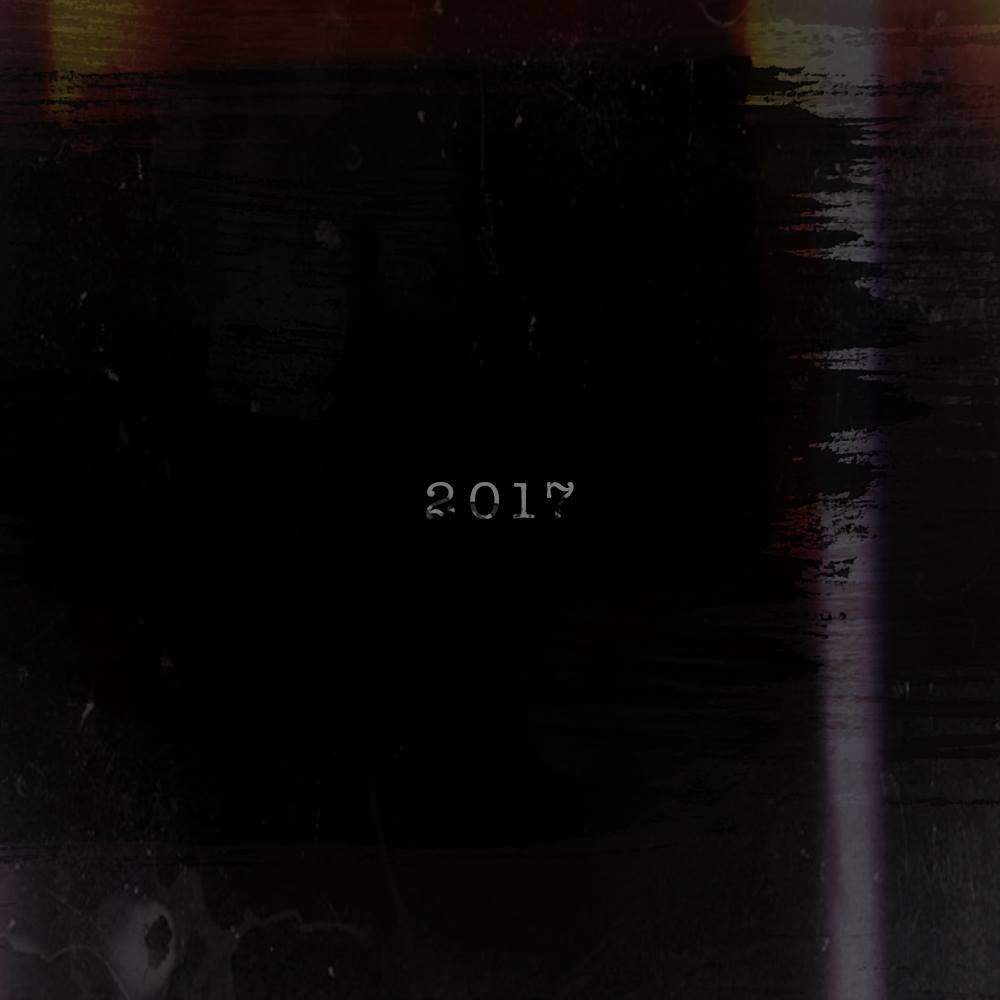 Fans were intrigued and excited, speculating that there would be a reunion tour or possibly a new album. More hints appeared on Facebook in the days that followed, building great anticipation.

And then, yesterday, after more than a week of buildup, the band finally released their big surprise:

A Jesus Freak-themed cruise to the Bahamas.

A few thousand fans would have the opportunity to see the band members… if they could make it to Miami and splurge on tickets, ranging from $699 – $3,899 apiece.

The response to the announcement from fans was a mixture of disappointment, outrage, and amusement. 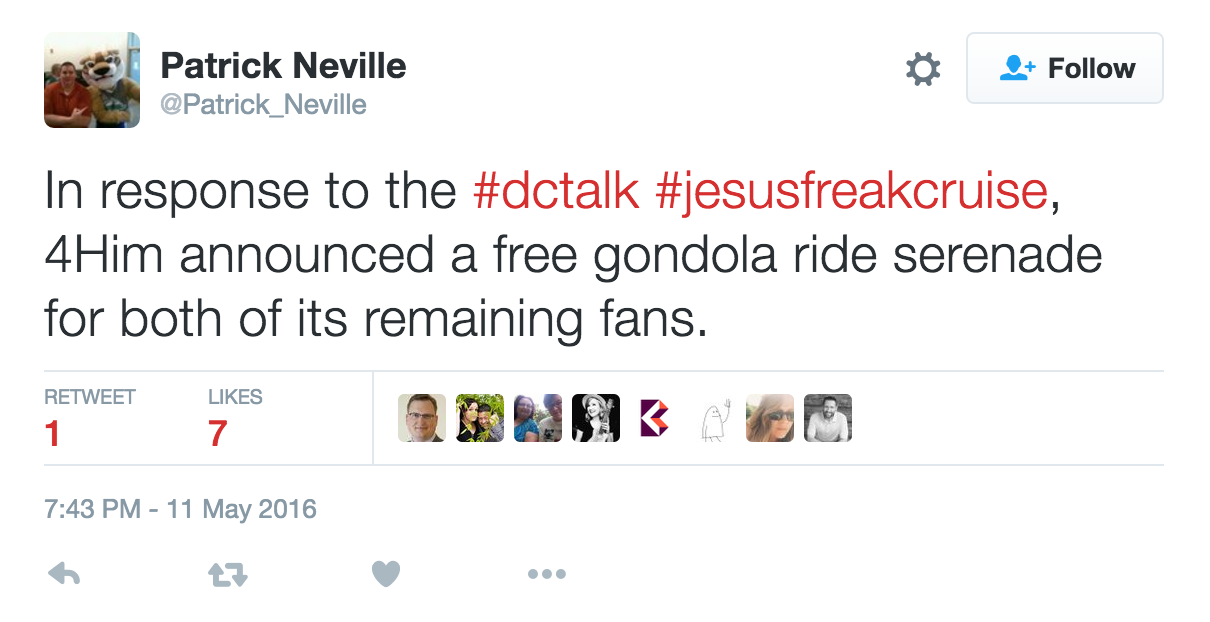 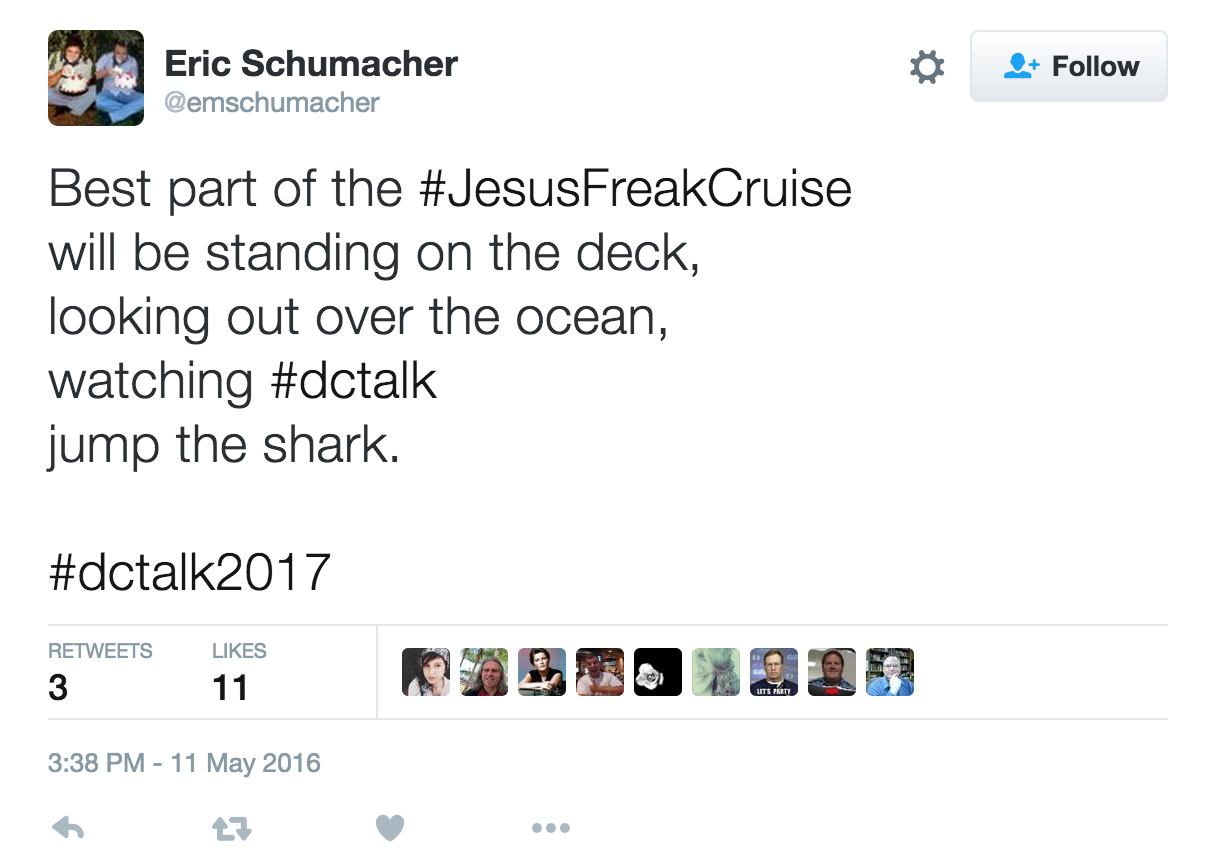 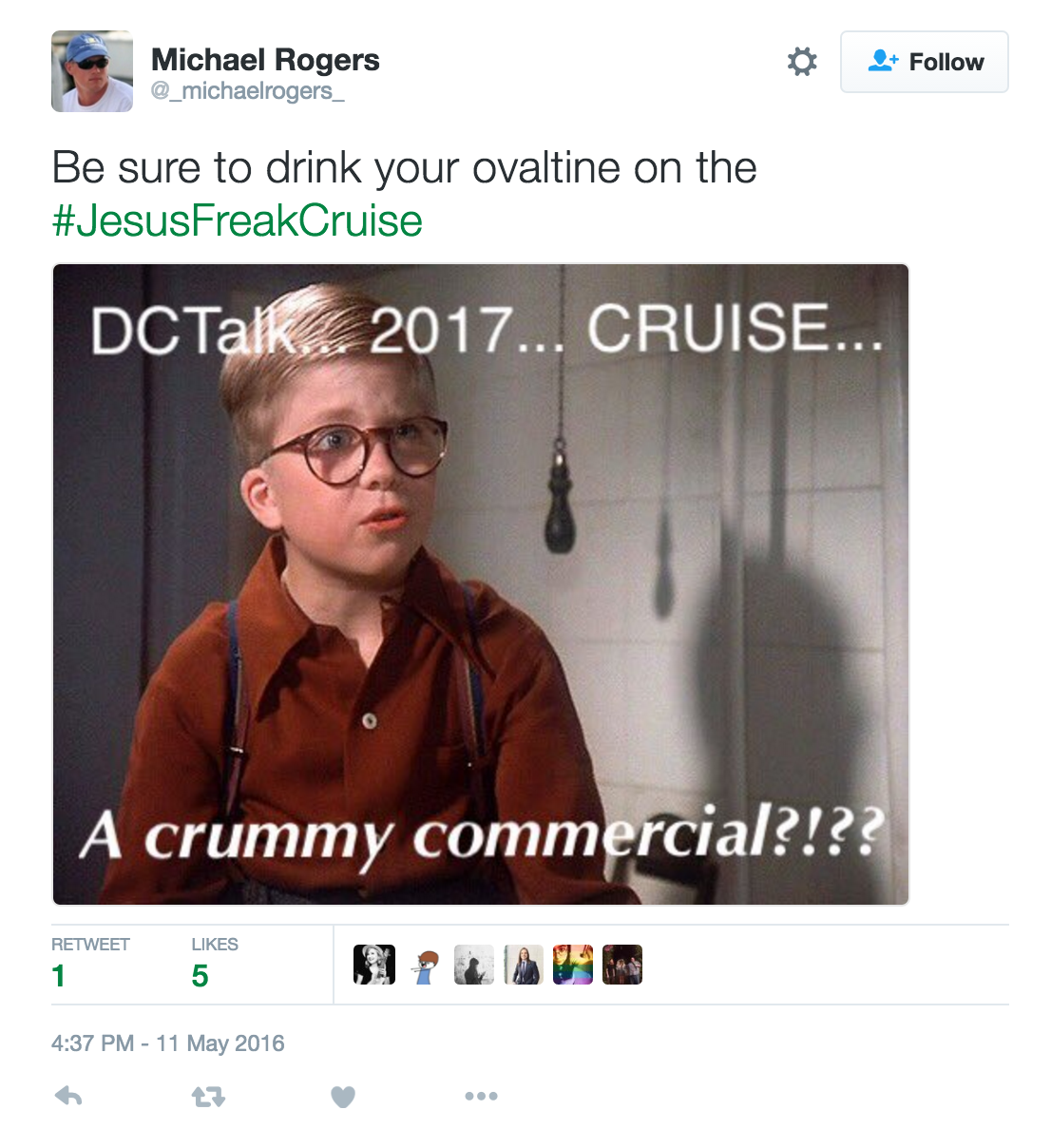 Much like the evangelical version of Heaven, narrow is the road that leads to the Jesus Freak Cruise and only a few will find it.

The band has since published multiple posts trying to respond to their fans’ reactions. But what else would you expect from people whose prayers weren’t answered?

May 12, 2016
Christ-Loving George Zimmerman Is Auctioning Off the Gun He Used To Kill Trayvon Martin
Next Post