The Arabic Translation of The God Delusion Has Reportedly Been Downloaded 10 Million Times May 11, 2016 Terry Firma

I’m not sure about the legality, but if Richard Dawkins isn’t bothered by the copyright ramifications, then neither am I.

An unauthorized PDF translation of Dawkin’s The God Delusion, by Iraqi emigrant Bassam Al-Baghdadi, who lives in Sweden, has reportedly been dowloaded ten million times,

… with 30 percent going to Saudi Arabia. Bassam said that there were over 1,000 downloads on the very first day after he uploaded it, and the numbers only climbed as the translation was picked up and shared on the blogs, websites and forums of prominent Arab atheists. The book has prompted unprecedented controversy and debate in the Arab and Islamic worlds. 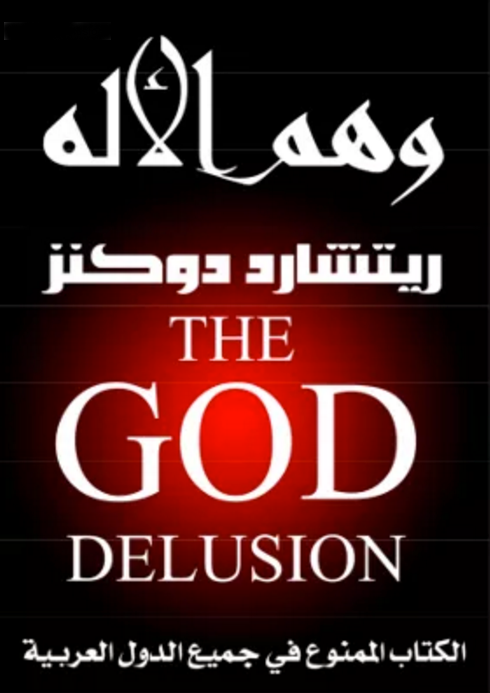 … death threats and accusations of conspiring with the Zionists to corrupt the youth. He was forced to close his social media accounts and stop posting for a while. …

In the Arabic translation of The God Delusion, under the title, Bassam added the words: “This book is banned in Islamic countries.” It is fortunate and wonderful that the banning of books in the Arab and Islamic worlds is no longer feasible in our new age of information. I was able to read the book while I was still in Morocco, where I was born. Some atheist friends even managed to get hold of the book in Saudi Arabia. The dark times of censorship, in which knowledge for the people was confined to carefully curated books and resources, are gone and will never return.

According to Kacem El Ghazzali, writing for the Huffington Post, Dawkins was unaware of the translation until El Ghazzali brought it to his attention at a 2014 skeptics conference in Switzerland. It’s to the great biologist’s credit that he apparently raised no big stink about it.

As for El Ghazzali, who was born in Morocco but now makes his home in Switzerland, he says he owes

… a tremendous debt of gratitude to Richard Dawkins, and to others who guided my journey from the hells of religious dogma to the oasis of free thought and enlightenment.

(Image via ScienceBlogs. Thanks to Brian for the link)

May 11, 2016
Christian Pastor Starves Dog for Two Days to Teach Lesson About Biblical Obedience
Next Post