Reza Aslan Keeps Lauding Indonesia’s Equality of the Sexes; A Critic Calls Him On His BS May 11, 2016 Terry Firma

Reza Aslan Keeps Lauding Indonesia’s Equality of the Sexes; A Critic Calls Him On His BS

When Reza Aslan defends Islam against charges that it is, in practice, often a violent and oppressive religion, he likes to point to one country that he claims has embraced modernity and equality: Indonesia, the world’s most populous Muslim-majority nation.

In a new video, a YouTube creator who goes by Sp00ky Skeletonman is challenging Aslan‘s nonsensical assertion (at 0:11) that

“In Indonesia, women are absolutely one hundred percent equal to men.” 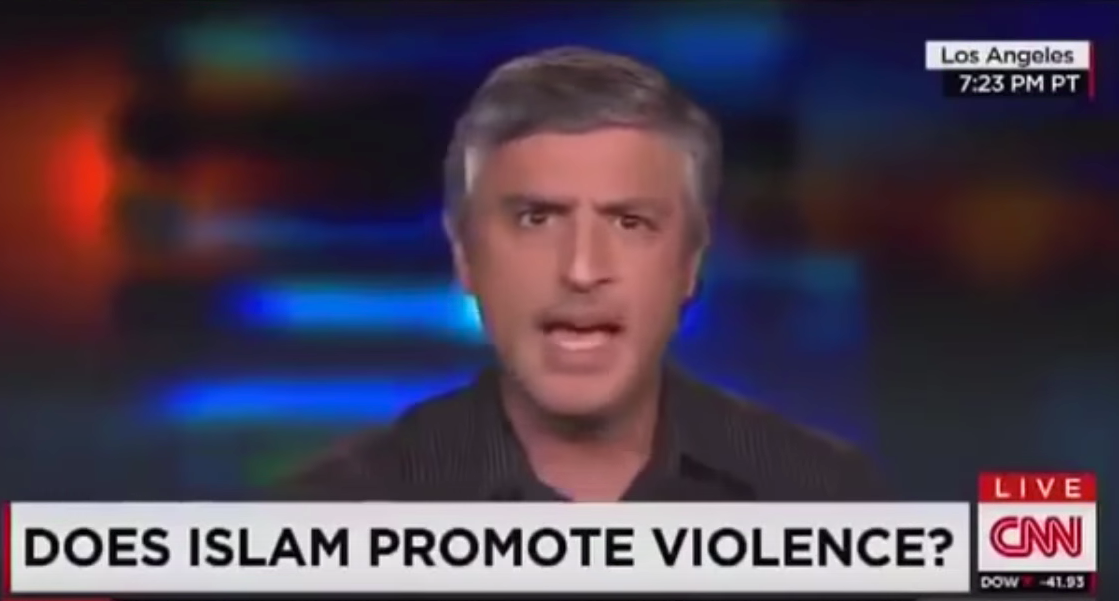 Once you get past the overly-long introduction and the s-l-o-w delivery (although the accent — Liverpudlian? — is quite lovely to my ears), Skeletonman scores a volley of worthwhile points. It begins to get good at 4:18:

Indonesia is no paradise. Not by a long shot. Let’s just look at some statistics here. 97.5% of surveyed females from Muslim families suffer female genital mutilation by the age of 18. That corresponds to about 83% of the entire female population of the country.

We then see (at 5:14) footage of a khitanan massal ceremony, traditionally held around the prophet Muhammad’s birthday, in which girls as young as two — toddlers! — have their genitals cut, often with a pen knife or scissors.

“As young as two” is an understatement here, because sometimes, FGM is even practiced on newborns. The voiceover says that at a khitanan massal, “the procedure is cheered on, and gifts collected,” and explains that the aim is “to reduce sexual pleasure or to completely stop it.”

“compulsory according to Islam,”

“… if a girl isn’t circumcised, there’s too much sexual desire. They lust for sex too much.”

Or what about the fact that 78 percent of Muslims in Indonesia were concerned by religious extremist groups, and that they were more concerned on the whole by Islamic religious extremist groups, not the Christian ones? Or that nearly 48 percent believe that adulterers should be stoned to death? … Or the 93 percent who believe that women should be obedient to their husbands, with no exception? …

Indonesia is undoubtedly better than a lot of other Islamic nations around the world… But to say it is a place where women are totally equal … is completely false. … [Aslan’s] obsession with Indonesia is cynically deliberate, and it is a tactic to obfuscate the truth of his religious apologetics.

One disconcerting facet of Indonesia’s sky-high FGM numbers is that the practice was actually banned by the government ten years ago. Clinics were forbidden from carrying out the procedure. And to show just how committed the authorities were to the ban,

In 2010, the Indonesian Health Ministry issued a decree outlining the proper procedure for FGM.

Fine, I get it — of course public-health experts should try to minimize pain, and reduce infection. Points for practicality. None, however, for consistency.

Oh, and on the subject of Aslan’s vaunted gender parity in Indonesia, let’s not forget that becoming a female police officer there often means undergoing a “two-finger purity exam.” That is, female cadets get forcibly finger-banged before they’re given their badges. Women whose hymens are not intact, including all married women, do not even qualify for enrollment in cop school.

Also, in some Sharia-controlled areas where Indonesian fundamentalists hold sway, women are forced to ride mopeds and motorbikes side-saddle. Straddling a bike is forbidden to them, because it’s “immodest.” Never mind that having both legs on the same side decreases the rider’s stability, and increases the chance that loose clothes, which are also mandatory, get caught in whirring spokes.

No such rules are in place for men.

How’s all that for “absolute 100 percent equality”?

May 11, 2016
A Christian Clinic Replaced a Man's Medicine With God; 10 Days Later, He Almost Killed Himself
Next Post