We’ve seen companies and musicians cancel plans in North Carolina due to the state’s anti-trans bathroom bill. It’s the same thing we saw in Indiana last year after the governor sign a bill allowing discrimination against LGBT people — and the pressure worked; Gov. Mike Pence later amended the law.

These boycotts send the powerful message to legislators that this isn’t just a moral issue; it’s an economic one.

That’s why it’s encouraging that the same sort of pushback is taking place in Tennessee, where it’s now legal for religious counselors to deny service to gay patients. 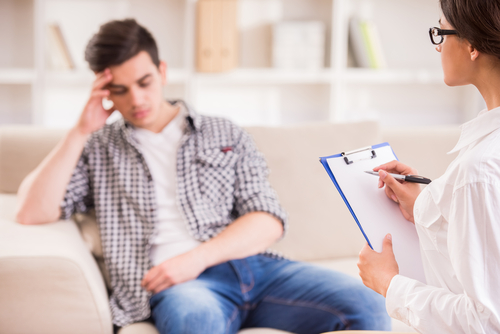 The American Counseling Association announced Tuesday that it is canceling plans to hold a conference in Nashville next year to protest a Tennessee law letting therapists decline to see patients based on religious values and personal principles.

“Our message to other states is don’t introduce bills that are essentially legalizing discrimination,” [CEO Richard] Yep said. “It is discriminating against those who are least able to fight back.”

The ACA conference would have brought nearly 4,000 people to Nashville, and that means the cancellation isn’t something they can ignore:

The Convention and Visitors Corp. estimates that the ACA convention would have generated $2.5 million in direct visitor spending and $444,609 in total tax revenue for the state and city.

Let’s hope this is just the beginning. We laugh at the idea that “corporations are people,” but groups that threaten to leave states promoting faith-based bigotry have far more effect, it seems, than petitions signed by more than a million people.

May 11, 2016
Reza Aslan Keeps Lauding Indonesia's Equality of the Sexes; A Critic Calls Him On His BS
Next Post