When you carry a firearm into an airport security checkpoint, I suppose it could be an honest mistake. But if you do it again? That signals bad intent — or, maybe, it’s a message from God.

An Omaha pastor was stopped at an Eppley Airfield’s security station with a loaded handgun in his carry-on and is facing prosecution … because it’s not the first time he’s done it. 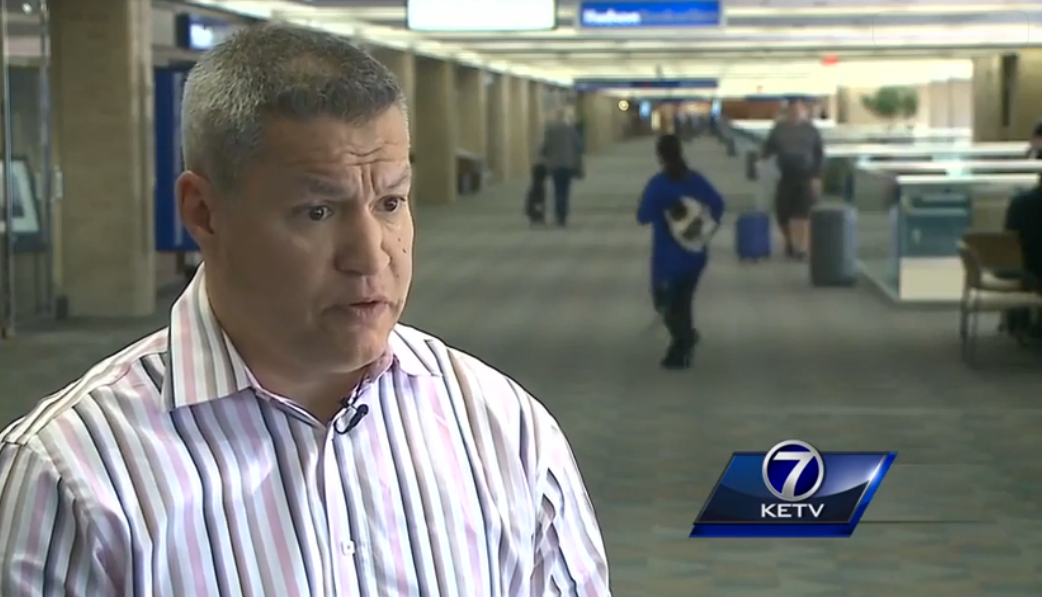 [Pastor Dobie] Weasel, who has a concealed-carry permit, said he told authorities it was an honest mistake when he showed up at the airport with it in his bag, saying he thought his gun was at home in a safe. “It’s about 40 pounds and it’s stuffed with everything,” Weasel said. “(I) think what happened was the gun fell in between two of the larger books.”

The slip-up on New Year’s Eve wasn’t the first time Weasel has made the mistake; in 2014, the same bag was found to contain a different gun.

“When it occurs twice with the same individual, it warrants prosecution.” Mumgaard charged Weasel with a misdemeanor: carrying a concealed firearm in a restricted area.

Weasel said he asked God why he made this mistake twice and now he knows. “And perhaps He’s trying to use this so others can learn from my mistake and then perhaps He’s using this to teach me, so that something worse wouldn’t happen,” Weasel said.

May 10, 2016 A Victim of Female Genital Mutilation Tells Her Incredible Story on This American Life
Browse Our Archives
What Are Your Thoughts?leave a comment