A fake psychic network — I’m being redundant here — has been shut down thanks to federal prosecutors in New York. But that’s only after nearly a million Americans were duped out of $180 million. 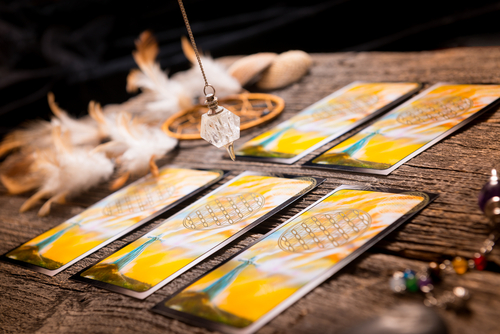 Maria Duval and Patrick Guerin, who tout themselves as “internationally acclaimed psychics,” along with Metro Data Management, of Deer Park, N.Y., have signed a consent decree with the Justice Department agreeing to stop the soliciting.

The fraudulent flyers were mailed out in batches of 20,000 to 50,000 pieces of mail at one time in the form of personalized letters, with some 56 million mailings since 2006 in the name of psychics Maria Duval and Patrick Guerin, according to the government’s civil complaint.

Their efforts were not horribly different from televangelists; they promised you good fortune in exchange for cash. In one instance, they asked victims to send a picture and some strands of hair.

“In fact employees at Data Marketing Group throw the green envelopes returned by consumers into the trash without opening them,” court papers state.

It’s unclear what will happen with the money they’ve already acquired, but it’s good to know they won’t be able to con anyone else. It’s amazing, though, isn’t it, how many people fell for such obvious bullshit? Some people will do just about anything for a bit of hope.

May 10, 2016
Watch This Pew-Climbing Preacher Scream That Atheists Have Taken Christians' Land and Children
Next Post

May 11, 2016 Correction of the Week
Browse Our Archives
What Are Your Thoughts?leave a comment