Priest Ousted for Sexual Misconduct with a Girl In His Care is Now In Charge of Pregnant-Teen Agency May 10, 2016 Terry Firma

Seven years ago, the Archdiocese of Detroit booted the Rev. Kenneth Kaucheck from public ministry,

… after church officials determined he had sexual misconduct in the 1970s with a 16-year-old girl he was counseling as a priest. … Prosecutors declined to press charges against Kaucheck in 2009 [when the misconduct came to light] because they said the girl was at the age of legal consent.

Well, guess who’s back in the saddle. 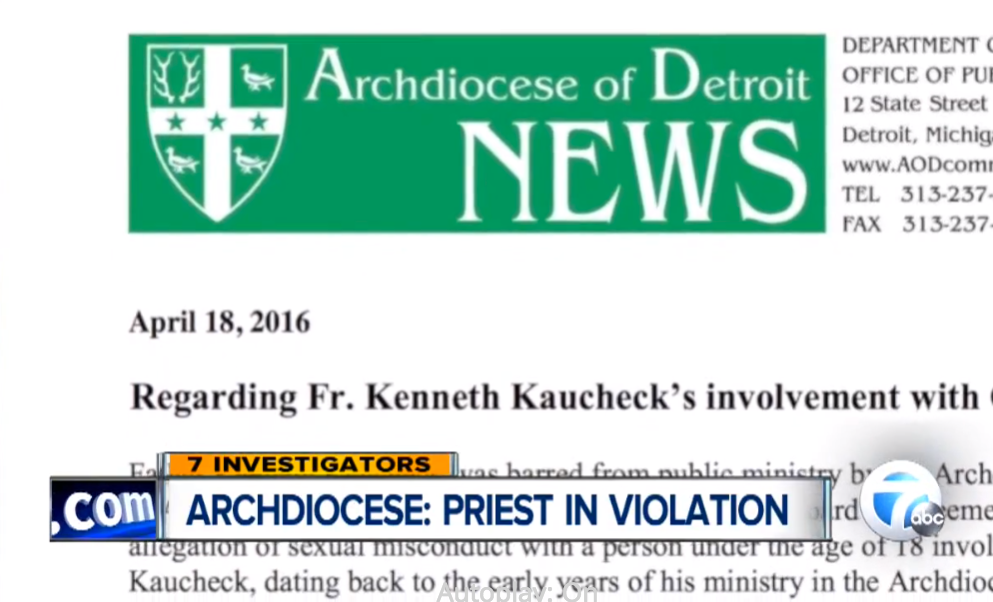 A Catholic priest removed from churches in metro Detroit after he was accused of sexually abusing a teenager is now the development director of a new Catholic center in Eastpointe he cofounded that counsels pregnant teenagers.

Kaucheck is now a director at the Gianna House Pregnancy and Parenting Residence, next to St. Veronica Catholic Church in Eastpointe. Opened last year in a former convent, the center takes in teenagers and young women who are pregnant, assisting them and any children they might later have.

It ought to raise eyebrows when almost any nonprofit hires a cleric who was removed from ministry for sexual misconduct with a teenager; but to put the man in charge of a charity that helps pregnant teenage girls just beggars belief.

Said David Clohessy, director of the Survivors Network of those Abused by Priests (SNAP),

“A simple Google search would have shown that Father Ken is potentially dangerous and should never be given any position or title that confers respect, much less gives him access to vulnerable people.” Clohessy [added] there’s a pattern of Catholic officials allowing suspended priests to resurface in other roles, sometimes around children.

To its credit, the Archdiocese not only had nothing to do with Kaucheck’s appointment, but it is actively trying to oust him from Gianna House. A spokesman for the diocese says that Kaucheck could be removed under Catholic canon law. The priest reportedly could lose his title and living expenses if he is found to have violated the terms the Church imposed on him in 2009.

May 10, 2016 20 Billboards Just Went Up in Sioux Falls, SD Letting Atheists Know They're Not Alone
Browse Our Archives
What Are Your Thoughts?leave a comment