Comedian George Carlin’s Notes Will Be Donated to the National Comedy Center May 10, 2016 Hemant Mehta

This is exciting news for comedy fans: A huge collection of George Carlin‘s notes, set lists, and other mementos will be donated to the soon-to-be-opened National Comedy Center in Jamestown, New York. 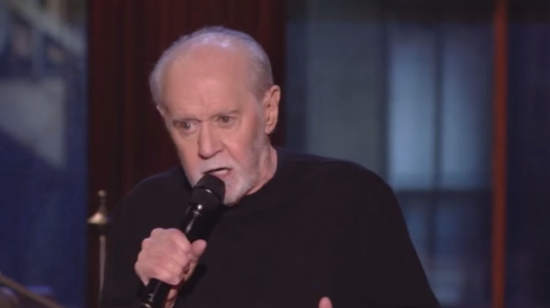 Since her father’s death in 2008, [daughter Kelly] Carlin has regarded these items as mementos of Mr. Carlin and the fruitfully contradictory nature of an artist with an anarchic spirit and a diligent approach to his work.

“He was a very humble man, in the sense that he would never presume that he was important to the world,” Ms. Carlin said in a telephone interview.

And yet, she said, this collection showed that “it was obviously important to him to tell his story to himself.”

For those of us who loved George Carlin’s specials — including his blistering critiques of religion that still ring true decades later — and respected him as arguably the best stand-up comedian ever, it’ll make the Comedy Center a destination worth visiting.

On a side note, guess who our next podcast guest will be…? (Hint: Not George.)

May 10, 2016
A Victim of Female Genital Mutilation Tells Her Incredible Story on This American Life
Next Post