I Read the Indescribably Racist Comments at FOX News, and Now I Need A Shower May 9, 2016 Terry Firma

I Read the Indescribably Racist Comments at FOX News, and Now I Need A Shower

Hoaxes have always fascinated me, especially the kind where people lie about having been the victim of a violent attack. Most often, it seems, the motive is to garner sympathy for the ethnic or religious group they belong to. Sometimes it’s to cast the blame for a crime elsewhere.

For these two African-American college students, who falsely claimed to be victims of an assault by a group of white people on a bus, it was probably a little bit of both. Their lie was despicable, and deserves every criticism it gets.

OK, wait — not every criticism. I just made the mistake of scrolling down to the comments section below that article. It’s like taking a dive in a pool filled with shit and barbed wire: painful and beyond repulsive. 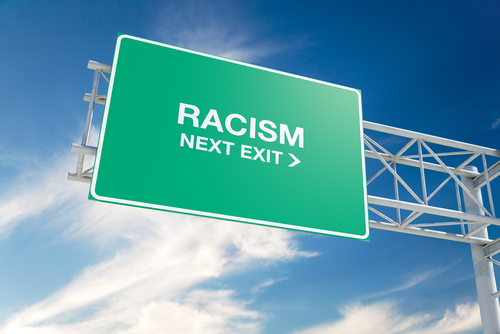 Look, it’s not news to me that the world is full of hateful trolls. It’s no revelation that many Christians don’t practice what they preach. I know that. But I guess I’m more naïve than I thought, because I still wasn’t expecting this.

A pity they all weren’t shot dead on the bus.

Never believe anything a black says.

What are the black african Anti-americans even in college? After 5000 years they still live in grass huts and have all dirt roads in africa, The white romans built stone buildings and roads 2000 years ago, Doesn’t seem like blacks USE their education that the white man provides

are the boats ready yet? Sorry, it should have been done 150 years ago!

Africa is a Total Krap Hole ONLY because of blacks that created and live there and Liberals are trying to make USA into a Total Krap HOLE With the low down and dirtbag blacks, Blacks are trash and the can is FULL

150 years since freedom and they still can’t get their s *** together as a whole?  What other race is like this? anyone?

If the white man doesn’t wake up soon, the world will turn into the “PLANET OF THE APES.”

these are just redundant cotton pickers.

“Jungle Bunnies,” including the ½ breed Obama must be left in the jungles.

Maybe they’ll get scholarships to Hoodrat U.

Any time there is an accusation of White on Black (Pavement Ape) crime, you know its one big lie.

99.9% of blacks never even heard of school

if a black person was drowning and I had a boat with life saving equipment I’d shout out how they were about to drown and watch them die choking on the water. think I am kidding n-words?

stab them in the neck with a ice pick

The dumb monkey’s would have never graduated anyway

Disgusting but unfortunately all too common. Black parents are raising a bunch of thugs.

these three female apes will surely get street justice soon, those white “racists” are watching them closely…

Take them out back, put a bullet in their head, done.

On and on, screen after screen. Christians make up 76% of the U.S. population, and FOX News’ core audience skews more heavily Christian than that. So it’s not hard to imagine some of these commenters sitting in the church pews on Sundays, listening to the preacher exult the example of Jesus, and feeling really good about the love their tribe ostensibly brings to the world.

Oh, by the way, does FOX News moderate the comments? I didn’t think so, but then there’s this:

Did that commenter delete his her own contribution, or did a FOX admin? If the latter, that makes the comments quoted above twice as disturbing — because then, according to FOX, that whole flood of philistine filth is fine, at least for now.

Either way, the mind reels.

May 9, 2016
The Fight Against ISIS Has Unsung Allies: Imams and Muslim Scholars in the West
Next Post