When a military junta took power from the secular government in Thailand two years ago, it seemed obvious that civil liberties in the country would erode. But even the most pessimistic predictions have been eclipsed when it comes to what citizens may say about King Bhumibol Adulyadej and other members of the royal household. Prosecutions of people who are deemed to have insulted the monarchy are now a dime a dozen. 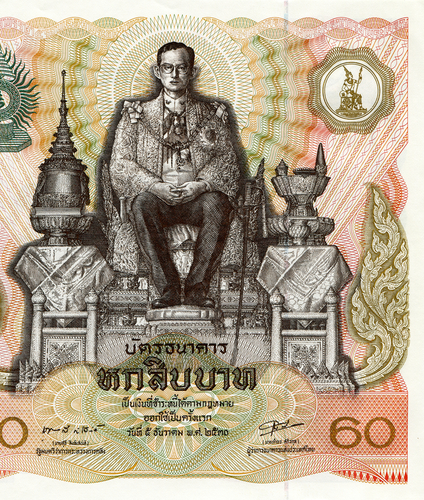 In an especially Orwellian twist, none of the so-called insults may be publicly reported and discussed, so that the Thai have no idea what they may and may not say about the royals, other than expressions of outright reverence.

The mother of a pro-democracy activist faces up to 15 years in prison after acknowledging that she had received a private message on Facebook that the police say insulted Thailand’s monarchy. The activist’s mother, Patnaree Chankij, 40, who works as a maid, will be tried by a military court under Thailand’s lèse-majesté law, which makes it a crime to insult the long-reigning King Bhumibol Adulyadej, the queen or the crown prince. …

Poonsuk Poonsukcharoen, a lawyer advising Ms. Patnaree, said Ms. Patnaree had sent only a one-word reply, “Ja,” acknowledging receipt of the Facebook message, similar to saying “Yeah,” but had not expressed agreement with it or commented on its content. The message was not made public, so as not to repeat the alleged insult, as is typical in such cases. The sender of the message, Burin Intin, 28, was arrested last month.

Since the coup two years ago, the authorities have brought 57 cases under the law, 44 of them involving online commentary.

Citizens and visitors alike have to make sure they say only wonderful things about the royal pets, too:

Thailand’s prison-enhanced Dear-Leader worship isn’t as severe and all-encompassing as North Korea’s Kimism, but it is born from the same desire to consolidate power and obliterate basic freedom. Putting a mortal at the top and declaring him above reproach, unassailable, even divine, is as despotic as it gets. Kimism is a religion in all but name. Let’s hope that the Thai people won’t let the cult of Bhumibolism reach those insane and depressing levels.

May 9, 2016
Glenn Beck: God Must Punish America for Choosing Donald Trump Because That's What Good Dads Do
Next Post