Angry Christian Protester Holds Up Sign on Mother’s Day: “Thank Your Mom Today for Not Being Gay” May 8, 2016 Hemant Mehta

Angry Christian Protester Holds Up Sign on Mother’s Day: “Thank Your Mom Today for Not Being Gay”

Christine Weick, the perpetually screaming Christian known for accosting Katy Perry’s preacher dad for raising a “wicked” daughter, complaining about Monster energy drinks, and going after the Easter Bunny, is back.

Earlier today, outside an Econo Lodge hotel in Sevierville, Tennessee, Weick stood her ground with this Jesus-sanctioned Mother’s Day sign: 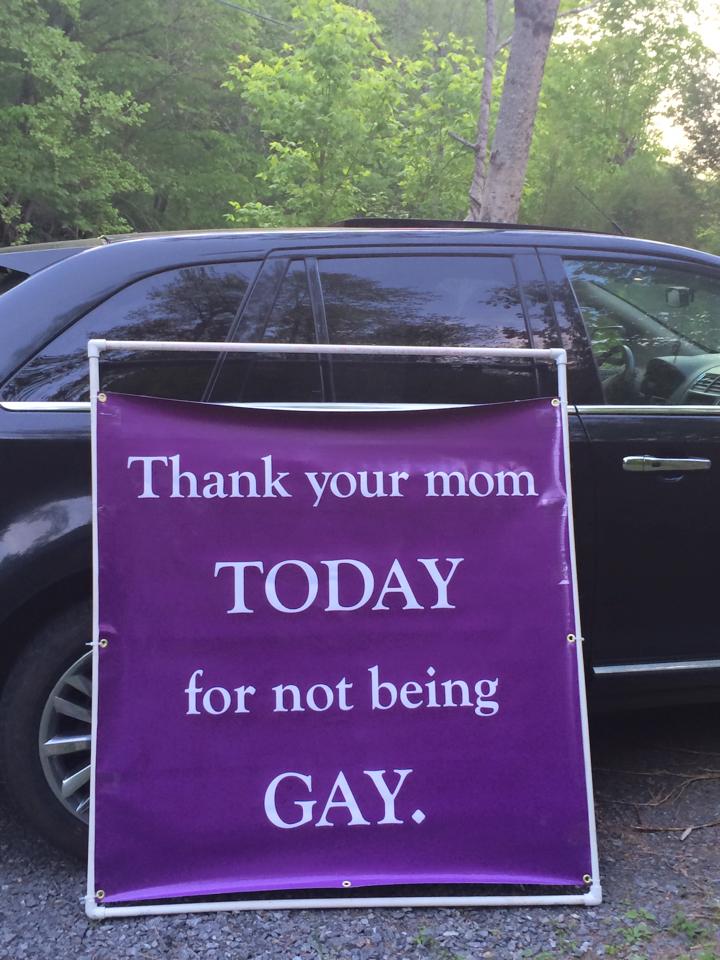 Here’s a better idea: If it applies, thank your mom today for being a great provider, caretaker, supporter, confidante, and friend. Or just thank her for raising a child that didn’t end up as miserable and hateful as Weick.

Your mother’s sexual orientation, whatever it is, is far less important than the amount of love she gave you.

But what do I know? I don’t have Jesus in my life and Weick does. That makes her superior, right?

Weick later said the hotel called police to have her removed from the area, but the cops said she had a right to stand wherever she was (presumably just off the property).

Even better? These two young women staged a counter-protest: 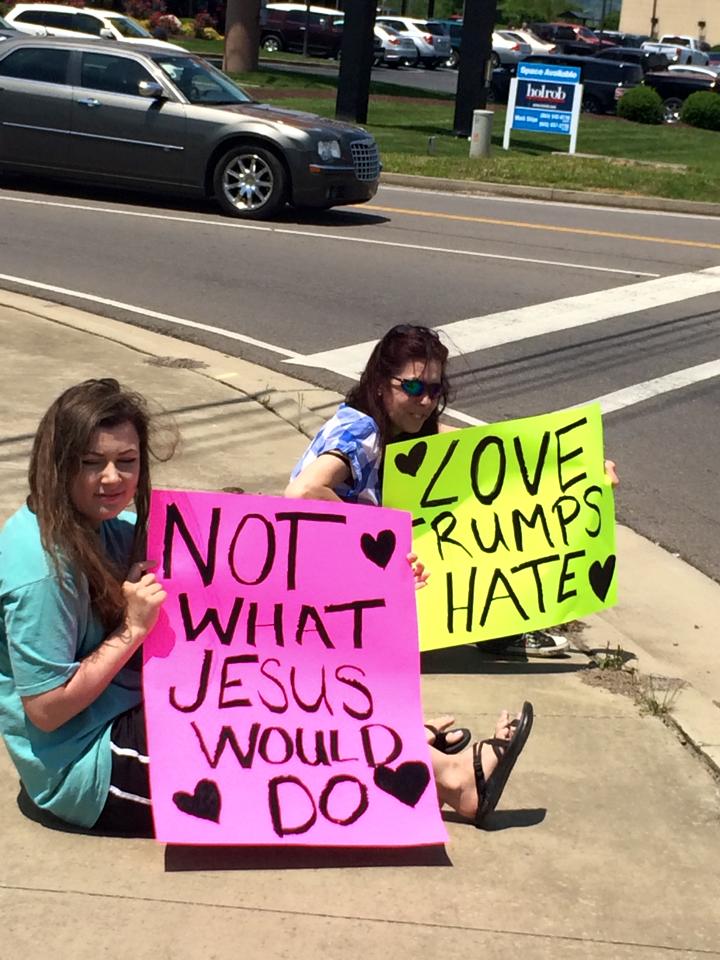 I know which Christians I’d rather have a conversation with. How about you?

***Update***: Apparently, this is a yearly thing for Weick. In 2014, someone threw a slushie at her (which we’re not advocating).

(Thanks to @Halfevilone for the link)