In 2011, long before ground was broken on Ken Ham’s Noah’s Ark theme park, the general manager of Answers in Genesis, Mike Zovath, was asked by a resident in Grant County if residents would get first dibs on the new jobs being created. That would certainly have increased local support for the multi-million dollar attraction.

“We would like to hire local folks, but we have to follow state and federal laws regarding hiring and are not able to give preferential treatment. That would be considered discrimination. If you’re qualified, apply for a job.”

It appears that he was giving a roundabout answer only because AiG had every intention to only hire Christians. If that meant local folks, great. But if people who didn’t live in the county shared their Young Earth Creationist worldview, they would be preferred over local residents who didn’t.

Last month, we posted about how the initial batch of new jobs required applicants to sign a Statement of Faith.

They just posted the positions for seasonal workers on the Ark Encounter website and it’s no different over there. When I applied for a job last night — my baby likes to eat — I had to agree to the Statement of Faith before submitting my application: 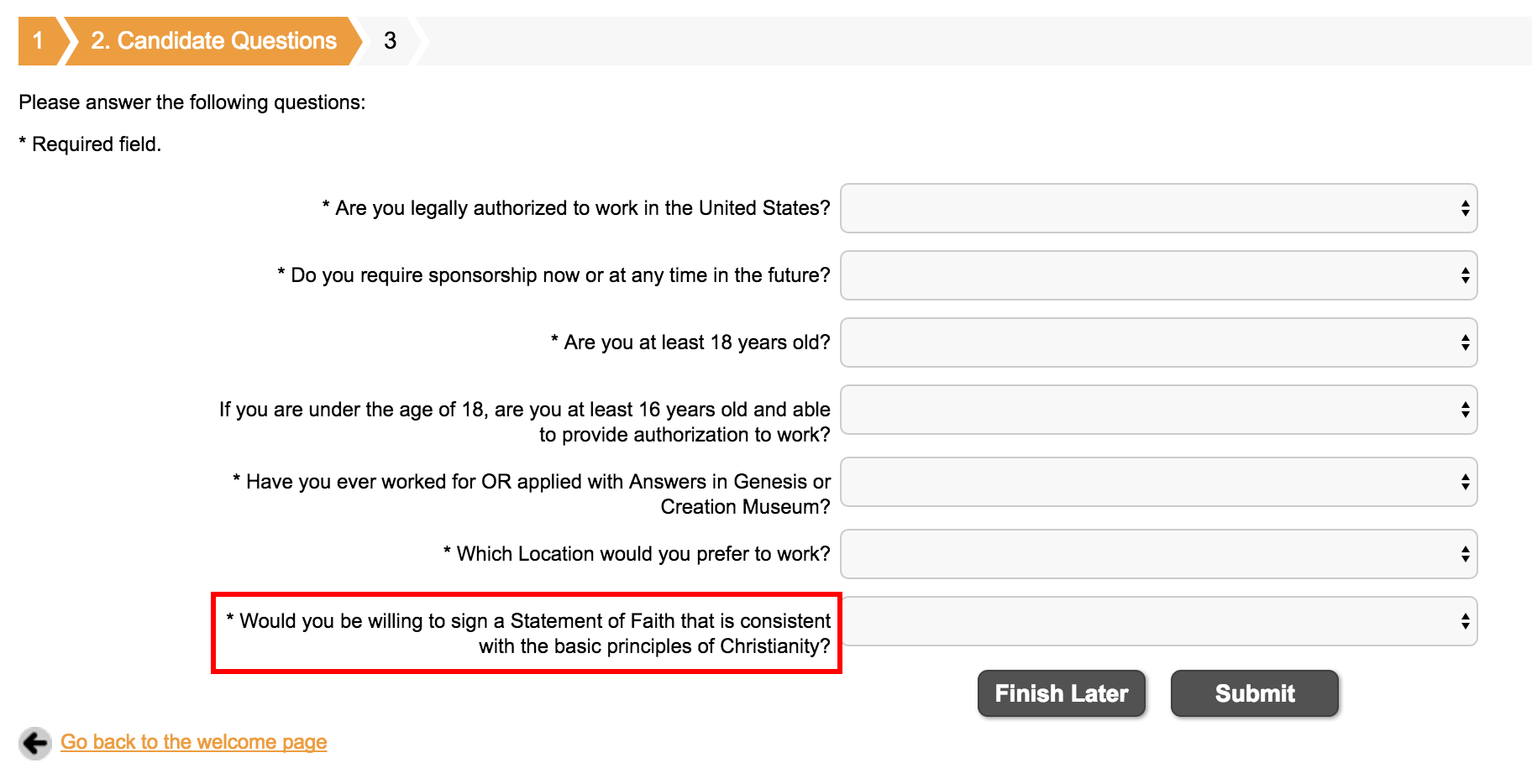 In case you need a reminder, here’s what people are agreeing to when signing the Statement of Faith:

Keep in mind these are not ministry-related positions. We’re talking about people managing the parking lot, taking care of housekeeping, driving a shuttle, overseeing the zoo animals, etc. They all have to sign these statements of faith.

Ken Ham doesn’t see this as a big deal. 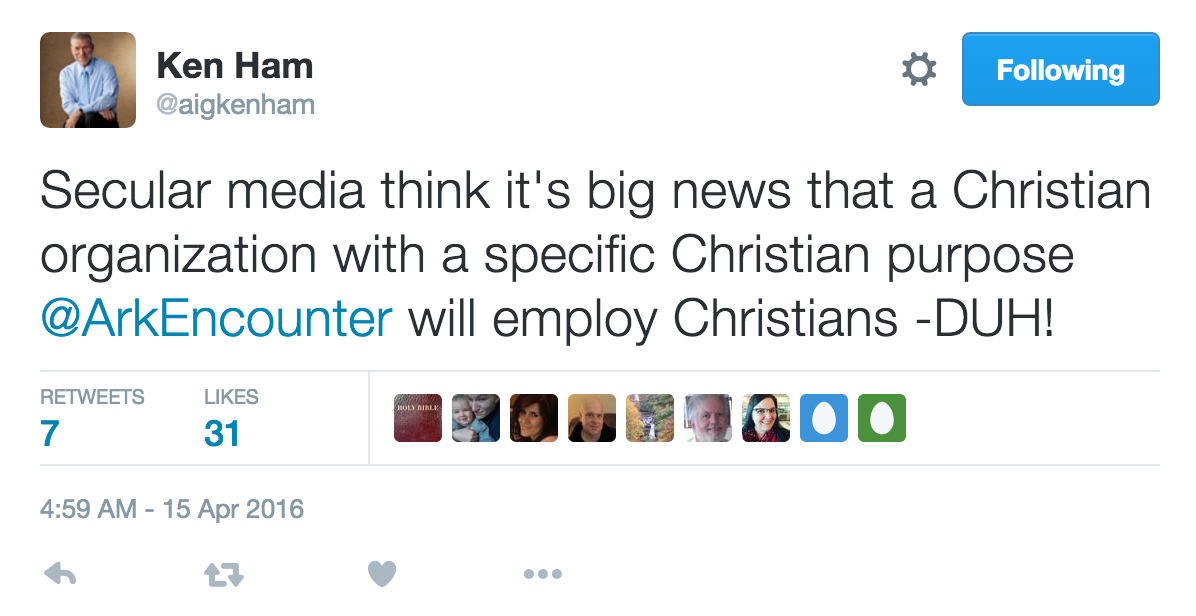 But remember: The initial support for Ark Encounter came from people in the community who believed it would mean more job opportunities for them. They didn’t know at the time it came with a very important caveat: Rational people who dismiss Young Earth Creationism would be automatically rejected.

May 7, 2016
Jehovah's Witnesses Told Child To Give Up Her Spot At NASA's Space Camp Because It's "Too Worldly"
Next Post

May 7, 2016 American Atheists Sues TN Sheriff Who Routinely Promotes Christianity on Department’s Facebook Page
Browse Our Archives
What Are Your Thoughts?leave a comment