On Second Thought, the Washington Post Was Wrong When They Said Jamie Raskin Wasn’t an Atheist May 7, 2016 Hemant Mehta

On Second Thought, the Washington Post Was Wrong When They Said Jamie Raskin Wasn’t an Atheist

Maryland State Senator Jamie Raskin, a Democratic running for Congress, was poised to become the only openly non-theistic House member this November if he won his race. But he was in the news earlier this week after the Washington Post‘s Julie Zauzmer reported that, contrary to what we all thought, he wasn’t an atheist at all. 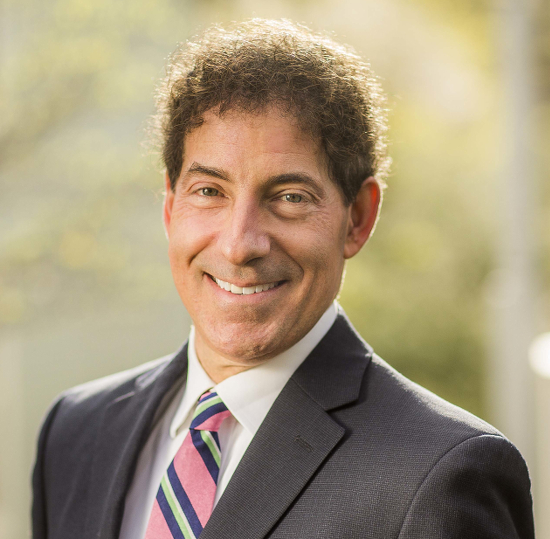 With a headline that said Raskin “isn’t actually an atheist at all,” it quotes the candidate as using a different label altogether:

Raskin is Jewish. “One hundred percent Jewish.” “Emphatically Jewish.” A member of the District’s Temple Sinai and a father of three children who had bar and bat mitzvahs, Raskin says he has never told anyone is he an atheist.

“I’ve never called myself an atheist,” he said…

That upset me, in large part because I felt a truly progressive Democrat — someone who I thought was one of us — was running away from our community now that he had won his primary election and didn’t necessarily need our support in order to see victory in November.

Having had a few more days to think about this issue, and after talking with people at the American Humanist Association and Freethought Equality Fund (which said in earlier emails that Raskin was an “open nontheist”), I think it’s the Washington Post that got this wrong. They claimed Raskin wasn’t an atheist, but they may have spoken too soon.

While former Rep. Barney Frank has come out as openly secular since leaving office, he has maintained that “atheist” isn’t a word he uses to describe himself: “I don’t know enough to have any firm view on the subject, and it has never seemed important to me.” He also explained in a separate speech why he used the Jewish label though he didn’t believe in the theology:

“I never professed any theology. And it’s complicated by my Jewishness. Obviously, being Jewish is both an ethnicity and a religion,” Frank said. “I was concerned that if I were to explicitly disavow any religiosity, it could get distorted into an effort to distance myself from being Jewish — and I thought that was wrong, given that there is anti-Jewish prejudice.”

That seems to be exactly where Raskin is coming from when he says he’s “emphatically Jewish.” It doesn’t preclude his atheism. It just means he more closely identifies with a different minority group.

This is such a semantic issue.

We all know people who don’t believe in God yet really don’t want to use the A word since it comes with its own baggage. You’re far less likely to anger people if you call yourself a skeptic, Humanist, Pastafarian, freethinker, etc. In some cases, those terms are more accurate, doing far more than offering one answer to one question, which is what “atheism” does.

For some people, “atheist” just doesn’t resonate. But the fact remains that if you don’t believe in God, the word still fits, no matter what you choose to call yourself.

We see this in the Christian community, too. There are people who will say, “I’m not a Christian. I’m a follower of Jesus.” To most of us, that’s the same damn thing. To them, it means professing biblical beliefs without being lumped in with all those crazier Christians. But it would still be wrong to say that person doesn’t accept the divinity of Christ. They are Christian whether or not they use the word.

3) Raskin told the AHA he agrees with their definition of humanism.

Before Raskin ever had an endorsement from the FEF, he said he agreed to the AHA’s definition of humanism, which is as follows:

The American Humanist Association defines humanism as a progressive philosophy of life that, without theism and other supernatural beliefs, affirms our ability and responsibility to lead ethical lives of personal fulfillment that aspire to the greater good of humanity.

That’s not a nebulous sort of “I love humanity” humanism. It’s a secular, godless version of it.

Raskin signed off on that, meaning he felt the definition applied to him.

When it comes down to it, the only “proof” the Washington Post has that Raskin isn’t an atheist is that he doesn’t use that exact word to describe himself. But by that logic, former Rep. Pete Stark wasn’t an atheist either; he called himself a Unitarian. And neither are millions of Americans who don’t believe in God but don’t use the atheist label.

Raskin says his religious beliefs are his own:

“I’ve never pronounced upon the existence of a divinity before, and nobody has ever asked me.” If asked in the political sphere, he says he wouldn’t answer.

On the surface, that’s a solid response. But it’s telling, isn’t it, that non-religious politicians are the only people who ever do this? When was the last time you heard a Christian politician say, “I don’t want to talk about my faith”?

I was hoping Raskin would have the courage to come out and say, “I don’t believe in God, though I identify as Jewish.” There would be absolutely nothing wrong with saying that, and I’m disappointed he chose a different route. But perhaps he just needs to be better educated on why this matters so much to so many of us. (Pete Stark, I should point out, didn’t realize declaring his non-theism was a big deal until the Secular Coalition for America asked him to do so. He never thought about how there were no atheists in Congress up until that point.)

Ultimately, of course, Raskin’s policies matter much more than his beliefs. I would have no problem supporting a progressive Christian just as, this year at least, I couldn’t vote for a conservative Republican who didn’t believe in God.

But when exactly zero members of the current Congress are openly non-theistic, it’d be nice to have at least one embrace that description instead of running away from the word “atheist” when asked about it.

So I apologize for perpetuating the Washington Post‘s claim a few days ago. I now believe that piece was grossly misleading and the paper should correct the mistake. I’ve asked Zauzmer to respond to my concerns and will update this if/when I hear back from her. I’ve also reached out to Raskin’s campaign to see if he’ll set the record straight on this matter — because it’s not a trivial issue — but they haven’t responded yet either.

For now, though, the possibility of a non-theist in Congress is still alive.