Jehovah’s Witnesses Told Child To Give Up Her Spot At NASA’s Space Camp Because It’s “Too Worldly” May 7, 2016 Terry Firma

When Laurel Sprengelmeyer, the Montreal musician known as Little Scream, was much younger, she dreamed of physics and astronomy and space travel. She had the brains, the discipline, and the curiosity to go far in those fields, and one day a letter arrived that thrilled her to her core. 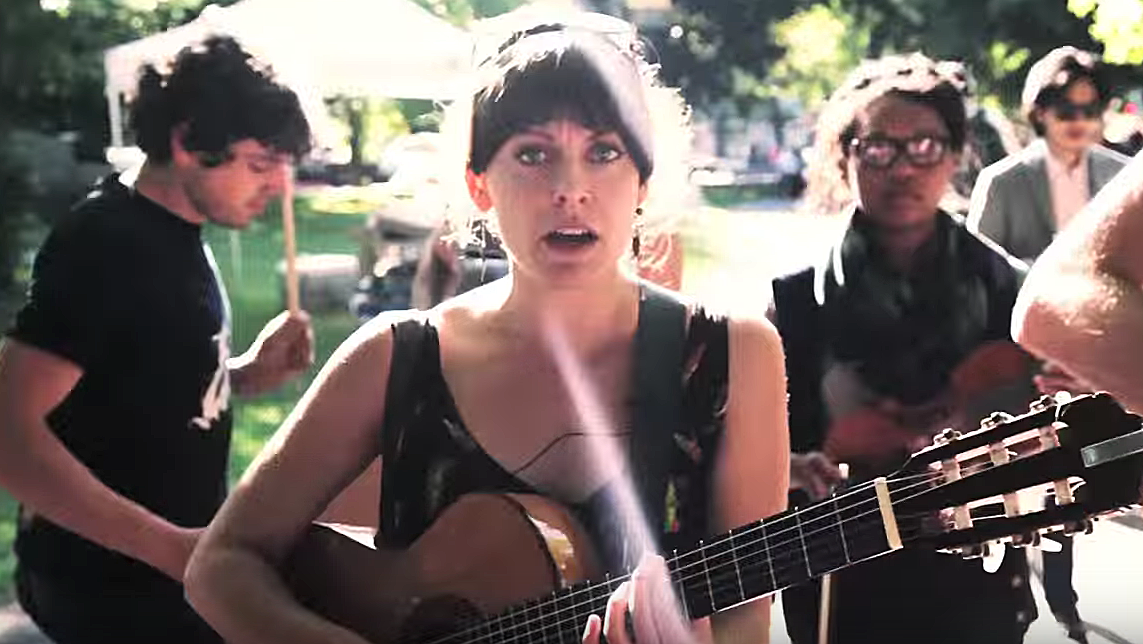 Via the Globe and Mail:

“I always did well in standardized testing,” she said, “and I got chosen to go to NASA space camp. I was so excited, but the woman I was studying the Bible with said, ‘Laurel, you’re going to be hanging out with worldly people, who are going to tell you things that aren’t in the Bible. What would Jehovah want you to do?’ [Sprengelmeyer was a Jehovah’s Witness at the time.]

So of course I didn’t go to NASA space camp, and in subsequent years I dropped out of all my honors courses, because the church discouraged education and I wasn’t supposed to go to university.”

Could this have happened to a boy? Possibly, but girls are much more likely to be targeted with that kind of closed-mindedness. We see this time and again in patriarchal religion. It’s not some faraway issue that affects girls in Pakistan or Afghanistan. It happens right here at home, to young women like Laurel Sprengelmeyer and Deborah Feldman.

How many of these women’s dreams and aspirations have been crushed under the weight of religious patriarchy? Conservative religion does humanity a disservice by forcing its female adherents into narrow gender roles, rather than allowing them to grow into scientists or doctors or entrepreneurs or community leaders.

It takes a mind uninfected by oppressive faith to see that that’s not just to their detriment; it’s to ours.

May 7, 2016 Want a Seasonal Position at Ken Ham’s Noah's Ark Theme Park? Better Be a Young Earth Creationist
Browse Our Archives
What Are Your Thoughts?leave a comment