Last month, we learned that a group of Christian parents were coercing students at Middleton High School (in Madison, Wisconsin) into accepting Jesus by luring them off school property once a week, giving them free food, and using the opportunity to proselytize. These “Jesus lunches” were drawings hundreds of students at a time. 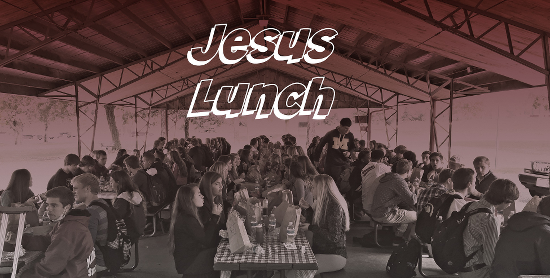 The Freedom From Religion Foundation recently began fighting back, at the request of a student. They’d show up at Fireman’s Park, where the Christian mothers were, with their own food and a pro-atheist message.

There are a lot of problems with this type of outreach on all sides, the least of which is that the District had a lease on the property, which meant District policies were supposed to be in effect. But the Christian mothers weren’t following protocol when it came to getting District approval for the food or signing in anywhere so the District could keep track of adult members. The parents insisted they were on public property, lease be damned, and not subject to District regulations as a result.

That’s why, this week, instead of fighting a legal battle over whether they had authority to enforce their rules on people in the park during school hours, the District announced it would just end its lease of the park property:

In his email sent out Monday, superintendent Don Johnson cites possible legal action as the reason for this recommendation.

“City attorney Matt Fleming has indicated that the city believes the District’s authority to enforce school rules in Fireman’s Park is questionable, and that the city has no interest in litigation to resolve the ambiguities in the language. Further, discussions have indicated that even enhanced language that clarifies the issues in question may still result in legal expenses that are not in the best interests of any of the parties involved.”

In other words, by ending the lease, the District was saying whatever happened at the park stayed in the park. It had nothing to do with them. If a kid got poisoned from eating unregulated food, or there was a church/state separation issue, no one could blame the administrators.

The city council approved rescinding the lease the next day.

That may be a way for District officials to throw their hands up and say they want nothing to do with this, but it doesn’t fix the problem at hand. Students will still be allowed to go to the park on their own during school hours.

A smarter policy change would have been to stop students from leaving the building altogether during the school day. That would effectively end the Jesus Lunches, and the atheist counter-lunches, and the church/state issues over adults proselytizing to children.

Instead of doing that, the District decided to punt. Which means the school-day faith fights will continue for now.

May 6, 2016
Teenage Girl Burned to Death For Not Following Islamic and Paternal Customs; 14 Men Arrested
Next Post