“Radical Reverend” Barges Into Target Store to Screampreach the Christian Message at Everyone May 6, 2016 Hemant Mehta

Everyone say an atheist prayer for Target employees and shoppers who have to deal with annoying Christians like this guy. In the video, the self-described “Radical Reverend” barges into a store and screams about how the wrath of God will come down upon everyone. 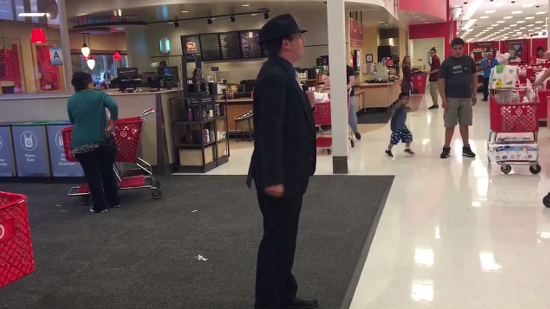 If anything like this ever happened inside of a church, with atheists barging in to complain about their beliefs, we’d never hear the end of it. And we shouldn’t, because that would be a horrible thing to do.

But this? This is part of a pattern. The American Family Association, whose anti-Target petition is at nearly 1.2 million signatures, may not advocate these actions but they’re also not doing anything to prevent their followers from ruining the shopping and working experiences of people who have nothing whatsoever to do with the company’s policies.

When it comes down to it, screaming inside of a Target store is the sort of protest you’d only see from someone who has no rational argument to offer. When reason won’t get you anywhere, just get louder: It’s the driving philosophy of conservatives these days.

May 6, 2016
Atheist Activist Alix Jules Talks About Race, Religion, and Politics
Next Post