Emma Whitford, writing at Gothamist, has a wonderful story about a Meetup group in New York City specifically for people who have left their extremist religions. It’s called Formerly Fundamentalist NYC. 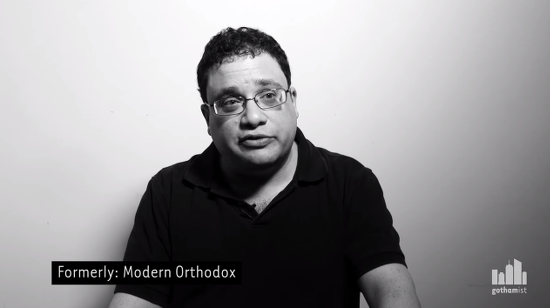 While the group includes ex-Pentecostals, ex-Mormons, and ex-Muslims, the majority of its members have left the Jehovah’s Witnesses or an ultra-Orthodox Jewish sect. The reason for this is partly geographic — the Jehovah’s Witnesses have been based in Brooklyn for more than a century; Chabad-Lubavitch, one of the largest Hasidic groups in the world, has its international headquarters in Crown Heights.

Still in its infancy, Formerly Fundamentalist doesn’t have a budget, much less a website. The screening process for new members is tedious, and the group is trying to be more racially and religiously diverse.

But while Formerly Fundamentalist doesn’t have the resources of other established ex-religious groups in the city — Footsteps, for ex-Orthodox Jews, offers job training and psychological services — it’s still the only meetup group for New Yorkers who have left many different faiths.

The article offers glimpses of what so many people from various backgrounds have had to go through in the process of leaving their faiths, but they’re all at the same place now, trying to make sense of the world without the religious mindset they grew up with, and feeling like they have very little support to do it.

If you’d like to learn more about the organization, or if you might want to join it, check them out here.

(Thanks to Helen for the link)

May 6, 2016
Trump's GOP Victory Has a Yuuuge Silver Lining: It Spells the Eventual Defeat of the Christian Right
Next Post

May 6, 2016 Judicial Tyrant Roy Moore Is Suspended For His Obstruction of Alabama Same-Sex Marriage Licenses
Browse Our Archives
What Are Your Thoughts?leave a comment