Here’s What FOX’s Todd Starnes Didn’t Tell You About a Christian Student Expelled For Discrimination May 5, 2016 Terry Firma

How do you know if Todd Starnes is having his way with the facts again?

His keyboard is clicking. 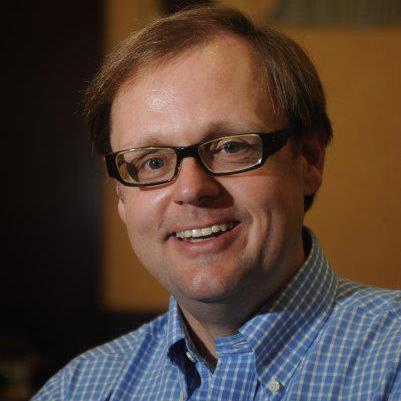 Should Christians who oppose same-sex marriage based on religious beliefs be allowed to obtain degrees in counseling?

That’s one way of putting it, I guess.

Enter Andrew Cash and his stint as a student in Missouri State University counseling master’s program. According to Starnes:

Andrew Cash claims he was “targeted and punished for expressing his Christian worldview regarding a hypothetical situation concerning whether he would provide counseling to a gay/homosexual couple.” MSU spokeswoman Suzanne Shaw told the News-Leader that the “university strictly prohibits discrimination on the basis of religion or any other protected class.” She would not comment on specifics of the case.

According to the lawsuit, Dr. Kristi Perryman, the counseling department’s internship coordinator, confronted Cash about his views toward counseling gay people. Cash told her he would counsel them individually on a variety of issues but not as a couple. He said he would refer them elsewhere.

Cash explained to Perryman that his approach to counseling is centered on his “core beliefs, values and Christian worldview and these would not be congruent with the likely values and needs of a gay couple, who, for these reasons, would be best served by a counselor sharing their core value system and core beliefs,” the lawsuit states.

If I run a magazine (as I have), is it ethical of me to not offer an editorial position to an Amish applicant whose religion forbids him from using a computer? More to the point, may I disqualify an atheist job seeker who roundly declares that, in her articles, she won’t give believers a fair shake?

If I run a hospital, may I decide not to hire a devoutly Catholic nurse who announces that she will not work with patients who are Muslims or Jews? I believe that’s a reasonable decision, made in the best interest of the hospital’s bottom line, the medical staff, and the patients. That’s not “discrimination” on my part; it’s the opposite — the refusal to have people on my payroll who discriminate against others.

Neither Cash nor Starnes wish to face the truth on that score. Writes the latter:

Cash wants to be re-admitted to the program so he can finish his studies and obtain his degree. That’s the least the university can do for a man who has been targeted and bullied because of his Christian faith. It’s unfortunate that we live in a nation where one’s faith in Christ is now considered a career-killer.

This is Starnes’ never-changing narrative. He could end literally each and every one of his pieces with that last sentence, and no one would be the wiser. (It wouldn’t surprise me if has that line stored as a macro.)

One more salient detail: Andrew Cash is being represented by attorney Tom Olp of the Thomas More Society, a law firm that specializes in religious-liberty cases. That’s funny because the sainted Thomas More‘s own record on religious liberty is a bit problematic, to put it kindly. He was a Catholic heretic-hunter who delighted in sending Lutherans to be burned alive because they dared to read the New Testament in English rather than Latin. I wrote about that immoral monster here.

May 5, 2016
Tow Truck Driver Says God Told Him To Leave a Disabled Woman Stranded Due to Her Bumper Sticker
Next Post