Secular Parents Are Homeschooling Their Kids Due to Faith-Based Bullying in Public Schools May 4, 2016 Hemant Mehta

Why do so many homeschooling parents turn out to be Christian? Many say they feel the public schools are too secular or too hostile to their faith. That’s the traditional narrative.

But it goes the other way, too. Some parents pull their kids out of public schools because they feel they’re too religious to the point where kids experience “religious bullying.” 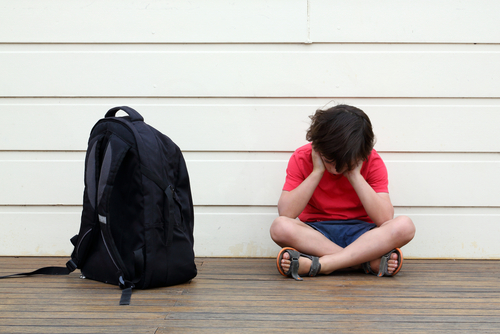 Katherine Stewart, author of The Good News Club, writes about the latter group for The Nation:

The bullying started in first grade, when [Betty] Ogletree’s daughter’s classmates started pressuring her to attend a Good News Club, an after-school Bible class intended to indoctrinate young children in a conservative form of evangelical Christianity.

… Lunchtime conversations quickly started to revolve around God and Jesus. RaMae, who had been raised with a sense of skepticism about conservative religious doctrine, made an effort to stand up for her own beliefs, and she resisted her friends’ repeated efforts to recruit her to the club. One day, however, the girls decided on an aggressive new tactic. They took away RaMae’s juice and told her they wouldn’t give it back until she sang a song about Jesus.

That may seem mild to some people, but when it happens often, it’s hardly surprising when students can’t focus on their classes. They’re better off at home than dealing with Christian bullies.

Stewart also points out a sad consequence of atheists or other secular parents who pull their kids out of public schools. Because the homeschooling crowd is so overwhelmingly Christian and conservative, most of the material available is geared to that audience, and most of the community groups that homeschooling parents rely on revolve around religion.

It’s a depressing piece because there’s so little anyone can do to help, but the way to begin that process is highlighting the problem, which Stewart has done here. Be sure to also check out Jaweed Kaleem‘s recent Atlantic piece on the struggles of secular homeschooling.

May 4, 2016
"Philly Jesus," After Getting Booked For Trespassing and Disorderly Conduct, Is "Free At Last!"
Next Post