When Ben Hart requested a personalized license plate reading “IM GOD” in his new home state of Kentucky, he wasn’t expecting a rejection.

He definitely wasn’t expecting his plate to be rejected on account of being “vulgar or obscene.” 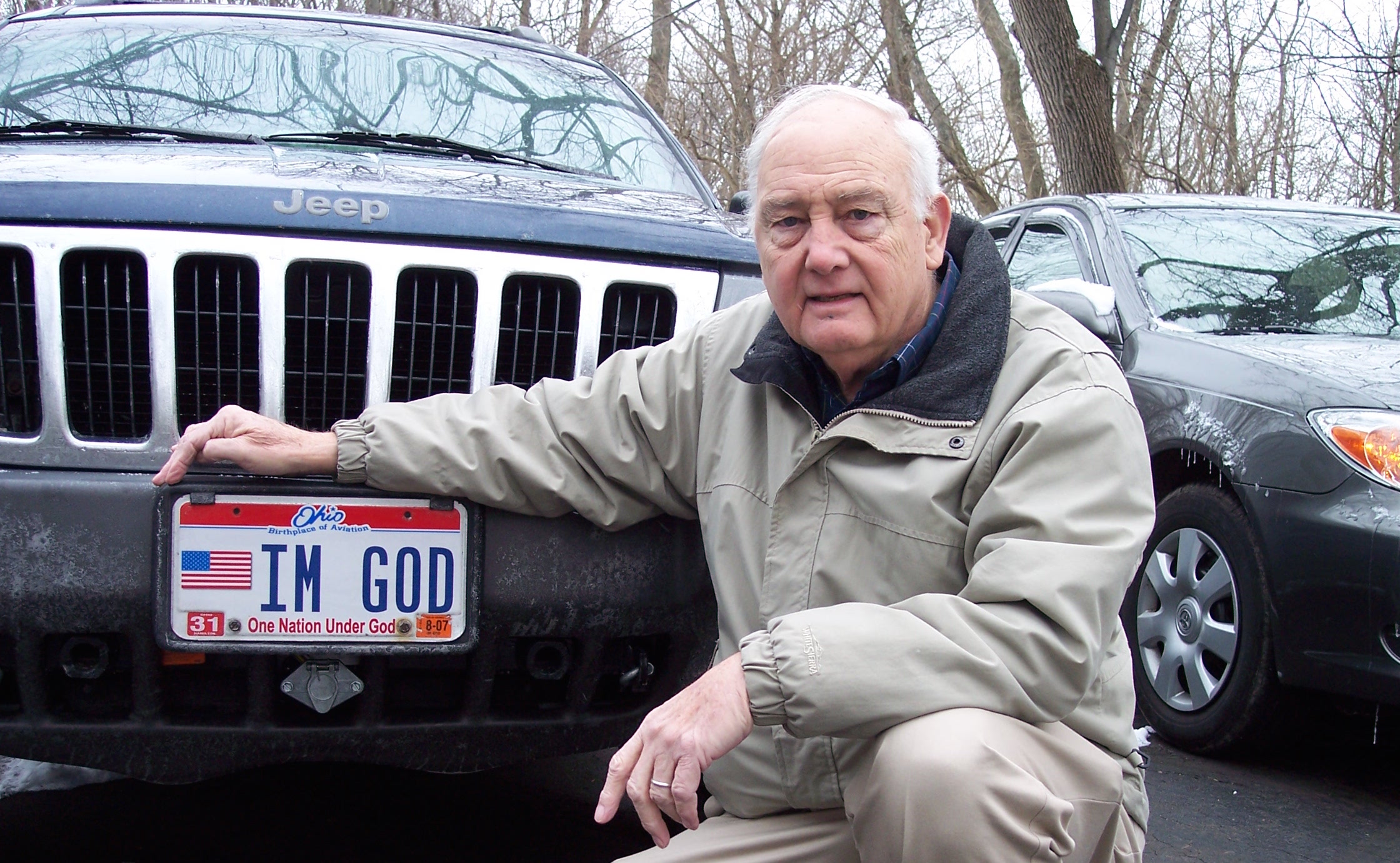 Freedom From Religion Foundation attorney Patrick Elliott sent a letter to state officials back in March demanding that they grant Hart that license plate since there was no legal reason for rejecting it.

The state’s response? You have it all wrong.

… the plate was not rejected because of vulgarity or obscenity. I will direct your attention to 601 KAR 9:012, Section 5(1). It clearly establishes a standard of good taste and decency. Without question, the use of “IM GOD” is not in good taste and would create the potential of distraction to other drivers and possibly confrontations… We would have taken the very same position had the individual requested plates that read “IM ALLAH” or “IM BUDDAH” [sic] or “IM SATAN.”

FFRF’s not buying that excuse, either:

The state may not institute a heckler’s veto against speech with which some may disagree.

There’s no resolution yet, but the ball’s in the state’s court. It’s a little ironic that the state offers an “In God We Trust” template for license plates but rejects Hart’s playful request.

That picture, by the way, features Hart with the same personalized plate from when he lived in Ohio. It was perfectly fine there. It’s only when he moved across the border that the plate became a problem.

May 4, 2016
After Compromise, Atheists Will Finally Be Allowed to Join Unitarian Universalist Boy Scout Troops
Next Post