A board member of the Bentonville Public Schools (in Arkansas) has proposed adding an academic course on the Bible to the curriculum. That might be okay if taught in a secular way, but we’ve seen that kind of course fail before.

Brent Leas is the board member who wants to see this happen and you’d think he’d do some research before suggesting this idea… but a glimpse at his proposal shows that he’s done no such thing.

The proposal runs a grand total of five pages. Page 1 is a cover letter that cites right-wing website The Blaze. Pages 3-5 are just a printout of a 2013 state law that says academic Bible classes are legal. 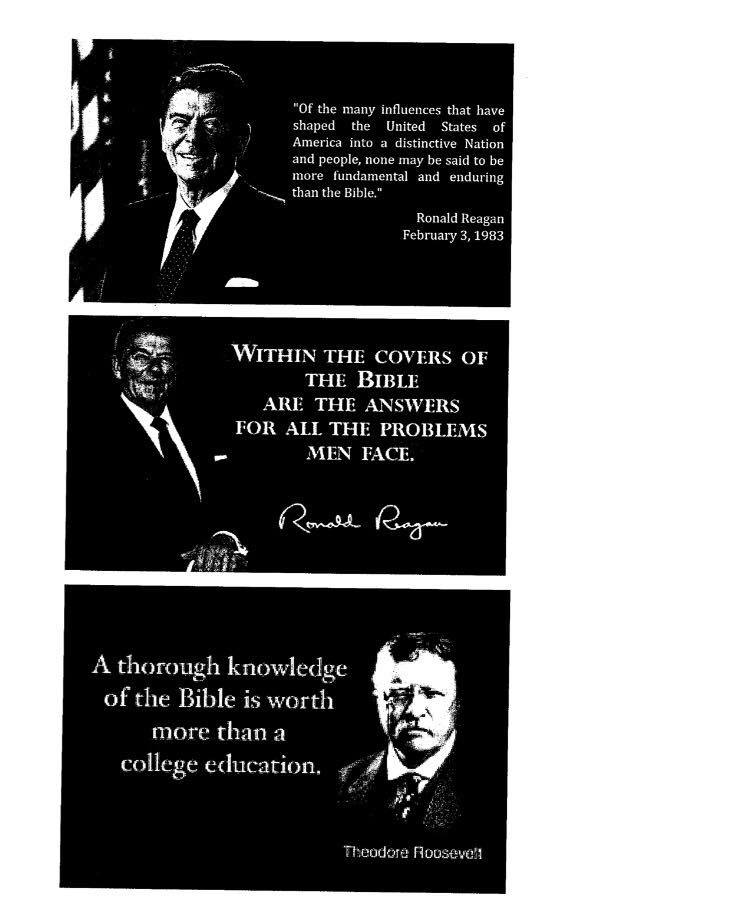 How that’s an argument in favor of a Bible course, I have no idea… but a group called the Bentonville Public Schools Citizens for Equality is fighting fire with fire.

I love it when clever people use the Religious Right’s tactics against them.

For what it’s worth, Leas insists that his proposal is not about religious indoctrination:

“This is just an opportunity for us to have the Bible as an open elective course for those students who would be interested in knowing more about the Bible in its historic and literary context,” said Leas.

Leas reassured parents that this is not an attempt to bring religion into public education.

“This is not that,” said Leas. “This is simply an opportunity to understand a well documented book that is known worldwide, and just an opportunity to look at it at a deeper dive with literary and historical context.”

Again, there’s plenty of reason to study the Bible in a public school setting. That’s not the issue. But it requires a teacher who knows how to teach about the Bible in an objective way. Good luck with that.

And given Leas’ proposal, I think it’s only fair to question how much kids are really going to learn in this class. After all, if they’re going to end up with this guy’s writing and persuasion skills, maybe they should be taking a more academically rigorous elective instead.

May 4, 2016
Tennessee Shell Station Advertises Hate Speech Along With Gas Prices
Next Post