Maybe it’s difficult for Jerry Newcombe (below), a Townhall columnist and producer of Christian TV fare, to come up with things to preach about. If he can’t find a suitable topic to tackle, he may decide to look for the tiniest thread of truth and spin it into a colossal straw man. At least, that’s what he did here. 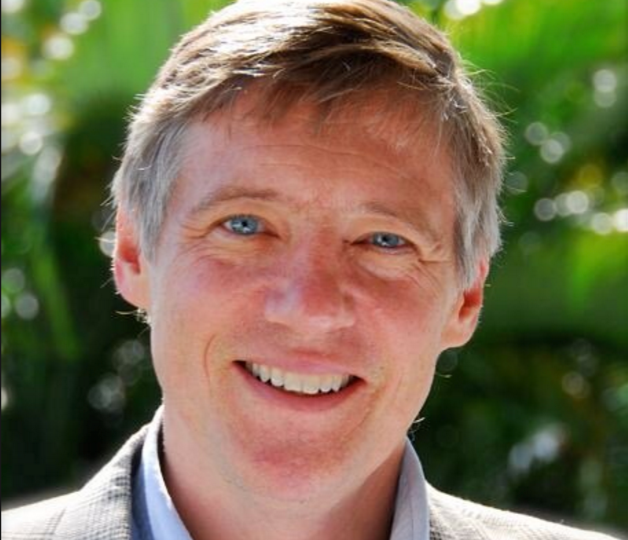 [Last] month in Philadelphia, there was the 17th annual “White Privilege Conference,” which a friend describes as a “liberal confab devoted to self-abnegation.”

One of the speakers, Paul Kivel, blamed Christianity for everything bad in the world. Kivel is the co-founder of the Oakland Men’s Project and founder of “the Challenging Christian Hegemony Project.”

So everything bad comes from Christianity?

Newcombe then spends the rest of his column tearing down Kivel in every paragraph as he recounts all the good that Christianity has brought the world, from hospitals to the lightbulb. (Never mind that Thomas Edison was, depending on whom you believe, either an atheist or a skeptical, non-denominational Deist.)

I’d certainly go as far as to say that Christianity, for all the good it does, has led to billions of horrible results, big and small. Triple that when you include Islam, Judaism, and other faiths. We document those outcomes on this site literally every day, so there should be no need to elaborate. But would anyone who’s thoughtful enough to write books on violence prevention and speak at pro-justice conferences literally “blame Christianity for everything bad in the world”? Did Kivel say what Newcombe says he did? The allegation smelled fishy, and Newcombe never bothered to substantiate it with a link or with a direct quote.

So I sent Kivel a quick e-mail. He replied that is perplexed, because he mentioned specifically in his conference speech that he does not hold all of Christianity to account for the world’s evil. So, the exact inverse of what Newcombe alleges. Kivel guesses that

What set [Newcombe] off was probably that I was explaining a sheet of butcher paper on which I had written “Christian hegemony” in the middle. In a circle around it were written other systems of oppression. I introduced this by saying something like, …

“I am not claiming that Christian hegemony is the root of everything bad in the world or the root of all evil. I am saying that understanding the centrality of Christian dominance to our (U.S.) worldview, dominant values, public and foreign policy and the accumulation of wealth and power provides insight into the interconnections between other systems of oppression such as racism, sexism, Islamophobia and anti-Semitism.”

Kivel says there are no recordings of the speeches and workshops, something that conference organizer Marqita Jones confirmed when I called her. Absent audio or video, I’ll point out that what Kivel wrote to me aligns with public statements he’s made in the past.

In this video, for instance, he explains,

My book is not an attack on Christianity in general, but only on the dominant institutions and practices that come to govern our society. Nor is it an attack on individual Christians, who have a variety of relationships and beliefs and values.

In fact, Kivel is even more balanced than that. At the end of the foreword to the same book, he writes

I learned about Christians who worked for social change and communities that developed alternative Christianities, standing against injustice of all kinds. The last part of this book looks at some of these stories.

I was interested to learn that Newcombe, in his online bio, implies he is big on honesty and veracity; he is, after all, the on-air host for a program called Truth that Transforms.

In this case, however, he “transformed truth” into its opposite. Isn’t there some Christian commandment against that?

May 4. Mr. Newcombe responded by e-mail:

I’m very concerned about telling the truth. I read the article against me, and I don’t see what substantive comment I made that is untruthful. Hospitals, education for the masses, universities — they’re all a creation of the Christian church. The civil rights movement was born in the bosom of the church.
All the best, Jerry Newcombe

May 3, 2016
After Atheist Delivers Invocation in Waterloo, Iowa, Mayor Signs "Day of Reason" Proclamation
Next Post