Divorce is Even Harder on the Kids When One Parent is Shunned By the Other’s Religious Community May 3, 2016 Hemant Mehta

Life is tough for a divorced parent whose ex has joint custody of the kids and a different religious belief. While the parents can agree not to disparage each other in front of the children, God can get in the way of that. After all, if a Catholic mom takes her kids to church, what are they to think about their atheist dad?

Now imagine life for a dad who’s been kicked out of the Jehovah’s Witnesses. He’s not just an atheist. He’s Disfellowshipped. He’s shunned from the entire JW community — and that includes his ex-wife. 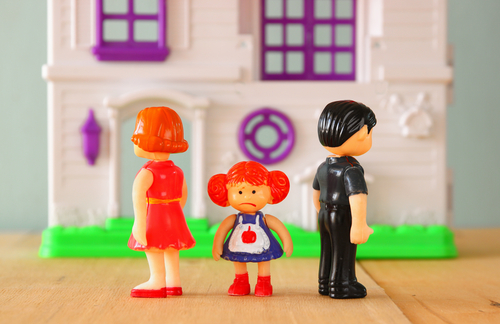 In the story below, that dad is Clint and he’s now dating a woman named Leah. She wrote last week about how much he was dreading the upcoming weekend, because his ex-wife, a Jehovah’s Witness, had the kids, and he knew what they were going to learn at their Kingdom Hall meeting:

The JWs release what is going to be studied on their website ahead of time. We know they will be teaching the congregation the proper way to shun an apostate basically. We know that his girls are going to be sitting in the front row and hear that speaking to apostates is forbidden, and that the only way to mend that relationship is for that person to “return to Jehovah.” In other words… emotional blackmail…

… not only is it heartbreaking to see two children try to navigate two homes and two lives that are so completely and utterly different… But its even more heartbreaking when they come home after being bombarded, barraged, and overwhelmed with his evil programing that causes them so much guilt over loving their father that it literally makes them physically ill.

It’s awful to think about what happens to that family dynamic. No matter how hard the divorced parents try to make things work, religion is going to make it virtually impossible for the kids to have a normal relationship with one parent or the other. Even if they’re not brainwashed into shunning their father, they’ll come to resent their mother for pushing them in that direction. No child should be put in that situation.

May 3, 2016
U.S. Commission Says in Annual Report That Religious Freedom is in Peril Around the World
Next Post

May 3, 2016 Incredibly, Hillary Clinton May Be the Most Religious Candidate Still in the Race for President
"Please let Ken Ham be next."
Tawreos Creationist Kent Hovind Arrested on Charge ..."
"Dude, I know people who have died after getting bitten while mowing their lawns. If ..."
Makoto Gay Oregon Official Threatened with Rock ..."
"That might be OK if it is A. garhi or A. bahrelghazali but going after ..."
Tawreos Creationist Kent Hovind Arrested on Charge ..."
"No, of course the congregants don't know it. The average level of education at these ..."
Synfandel Sign Outside Christian Hate-Preacher’s Tent: “This ..."
Browse Our Archives
What Are Your Thoughts?leave a comment