Creationist Ken Ham made a laughable pitch to get you to read his pseudo-scientific magazine: 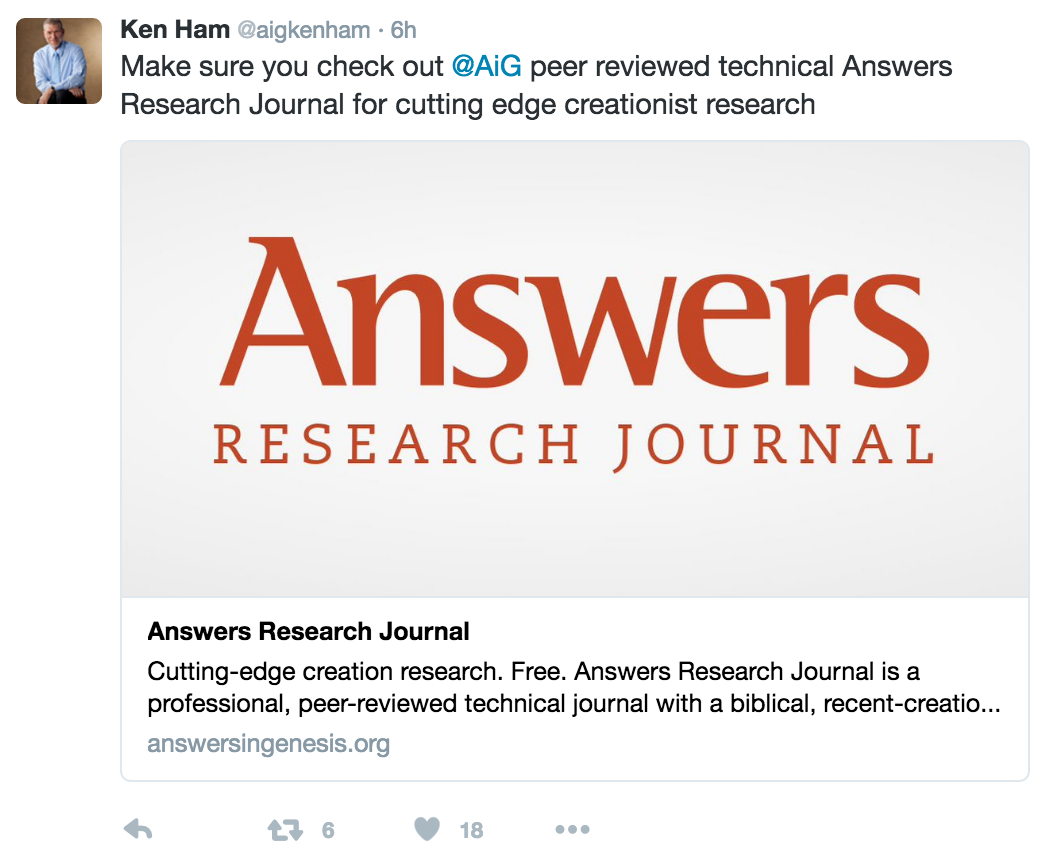 Much like Ham’s Creation “Museum” that isn’t really a museum, it’s not “research” when you’ve already settled on the results before doing any experiments.

“Peer review” doesn’t matter when you live in a bubble and your peers, like you, don’t understand science.

As for “cutting edge creationist research”… well, they just now getting around to building a large boat that doesn’t float in water. Saying your Creationist research is “cutting edge” is like saying you’re exploring new branches of mathematics because you just realized how decimal points work. Everyone else moved on a loooooong time ago.

Let me know when scientists outside their bubble cite the research in their own work.

Let me know when the Creationists win a prestigious prize.

Hell, just let me know when their research lab gets its first microscope.

May 1, 2016
Dave Silverman and Paul Provenza Discuss Atheism on The Rubin Report
Next Post