Another Day, Another Bangladeshi Man Murdered for Supposedly Insulting Islam

For the fourth time this month, a Bangladeshi citizen has been murdered, presumably by Islamists, for supposed blasphemy against the Muslim faith. 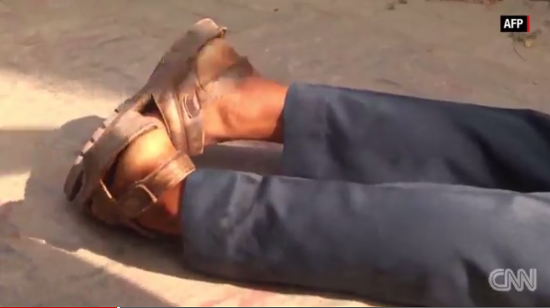 This time, the victim was a Hindu tailor:

Nikhil Joarder, who was in his early 50s, was attacked as he sat outside his shop in Tangail on Saturday afternoon.

Police said he had been arrested in 2012 for allegedly making derogatory comments about Islam, then released.

Not an atheist. Not a vocal critic of religion. Just someone who maybe criticized Islam years ago. Maybe.

That’s what the culture is like in Bangladesh right now. Having the wrong idea could merit a death sentence.

April 30, 2016
Kenyan Religious Leaders Are Furious That the Government Legally Recognized an Atheist Group
Next Post