Robert Hudson, a non-tenured teacher at Cathedral City High School in California, won’t have his contract renewed next year, and he believes it’s because of his Christian faith.

What he sees as Christian persecution is really a version of Christian proselytizing, and the District appears to be letting him go before they’re hit with any lawsuits. 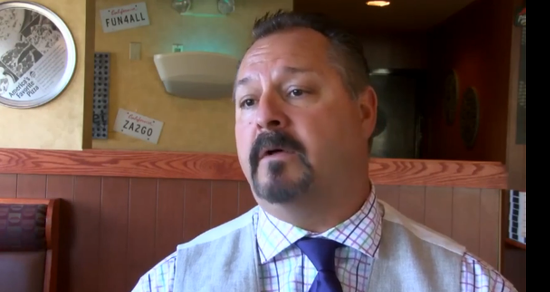 One problem was that he had Christian quotations on his classroom wall — I can only assume we’re talking about Bible verses or something along those lines:

“The only thing I can think of is that I am being harassed about my faith in Jesus Christ,” Hudson says his only conflict with the school was when he was written up for questioning the principal when asked to remove various Christian inspired quotes from his classroom.

“Why do I have to bring my stuff down when there are other people with gay and lesbian paraphernalia, zombie paraphernalia, communism paraphernalia, that to me were not academically based and even if they were expressions of what this district supposedly preaches about tolerance and diversity.”

What he doesn’t get is that promoting inclusivity, even the religious kind, is permitted in most districts. And if students are the ones posting flyers and quotations on the wall, they can go even further. When teachers post this stuff, however, it’s no different from football coaches who lead team prayers: it’s coercive and it’s illegal.

Hudson also plays Christian music in the classroom. He justifies that by saying the District requires him to teach kids about religion:

“The district has made it clear that they want us to stick to a curriculum that they gave me, and in that curriculum there is a section that says we have to teach on religious beliefs, so i definitely believe that is a part of the curriculum.“

No District would ever say teaching about religious beliefs means trying to convert students to the religions in question. Remember: Christians have already been up in arms because some schools teach kids the basics of Islam, and they take any mention of “Allah” as proselytizing, which is nonsense.

This isn’t persecution. This isn’t even the plot of God’s Not Dead 3. This is just a teacher who thinks the rules don’t apply to him because he loves Jesus. He deserves to be fired.

April 29, 2016
South African Pastor Who Allegedly Took Pics When He Visited Heaven Now Says His Phone Was Stolen
Next Post