Last night, during a talk at Stanford University, former Speaker of the House John Boehner was extremely blunt when asked for his opinion on Ted Cruz: 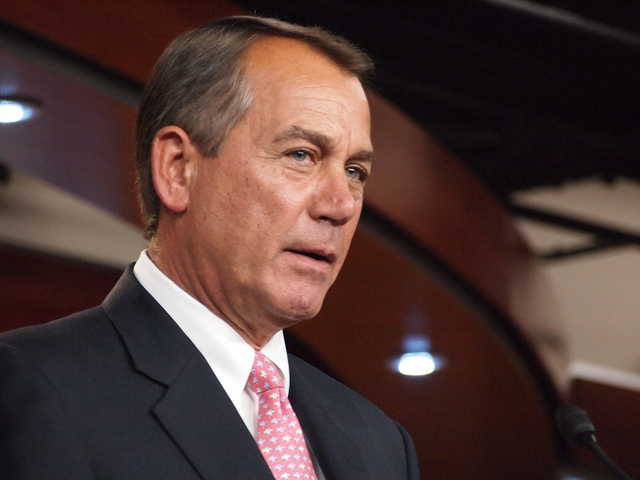 “Lucifer in the flesh,” the former speaker said. “I have Democrat friends and Republican friends. I get along with almost everyone, but I have never worked with a more miserable son of a bitch in my life.”

I like this Boehner! Something about “the enemy of my enemy” comes to mind…

In any case, is Ted Cruz really the Devil incarnate?

I asked The Satanic Temple to weigh in — after all, they have a vested interest in this matter — and spokesperson Lucien Greaves told me this:

Boehner’s comment is illustrative of how well past time it is to adjust our mythologies to reflect our realities. Cruz’s failures of reason, compassion, decency, and humanity are products of his Christian pandering, if not an actual Christian faith. It grows tedious when pedophile priests and loathsome politicians are conveniently dismissed as Satanic, even as they spew biblical verse and prostrate themselves before the cross, recruiting the Christian faithful. Satanists will have nothing to do with any of them.

You know things are bad in the Republican Party when even Satanists are saying you’re too extreme for us.

But that’s exactly the problem, isn’t it? People assume the worst about them, when the truth is Satanists are far more inclusive and tolerant than modern day Christians.