Some Thoughts on the Apostacon Financial Fiasco April 28, 2016 Hemant Mehta

Some Thoughts on the Apostacon Financial Fiasco

When I was in college, I began an atheist group with an acquaintance of mine. I think we did a good job of running a strong club — we brought in speakers, held debates, and helped a lot of people who didn’t realize there were other atheists on campus. At the same time, like many student organizations, we were always straining to find people willing to be leaders. They didn’t have the time, they didn’t know what the positions entailed, they had no idea how to reserve rooms or ask the school for money, and they were never properly trained to be a president or secretary or treasurer.

No wonder the group fell apart within a few years.

I’ve seen the same thing happening beyond college, too. One of the problems with the atheism movement as a whole is that it’s full of people who have a lot of passion for helping people out of religion and supporting church/state separation… and very few people who actually have the expertise needed to make all that happen.

That means non-profits are often formed and run by people who have good intentions but no real knowledge about how to run one successfully. They don’t always know how to manage money, fill out legal forms, handle complaints, and communicate with other people.

(Not that that stops them from asking for money, assuming they’re dealing with the IRS correctly, etc.) 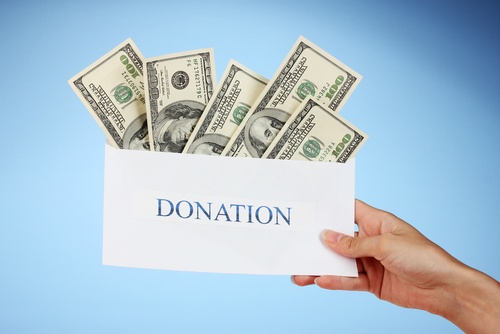 If you’re lucky, you might have one or two people willing to take charge of practically everything, and it’s very tempting to just hand them the car keys.

JT Eberhard posted a lengthy account yesterday of how the Apostacon conference had all sorts of financial problems, in large part stemming from its director Sarah Morehead, who was also at one time running the Reason Rally.

In this case, the board of directors didn’t always follow its own by-laws, the treasurer didn’t have access to the group’s bank account for a long time, money was spent on personal as well as business expenses, and money that was expected to be in the group’s account wasn’t there.

I’ve been silently in the middle of this for a few weeks now, too, hearing stories from various parties involved, trying to make sense of a lot of disparate stories. A lot of people couldn’t tell me everything they wanted to because they said they were bound by non-disclosure agreements. Ultimately, while there were clearly a lot of problems, I didn’t have all the information I needed to feel comfortable posting about it. (JT deserves a lot of credit for talking to as many people as he did and staying on top of the story.) Even now, I’m not exactly sure what to make of all this.

So where to go from here? No matter how this shakes out, I would urge any atheist group to make sure leaders have well-defined roles and are fully transparent in what they do. And if someone isn’t up to the task of doing the job properly, no matter how much they want to help, they shouldn’t be assigned to that role.

Especially when it comes to handling money.

Jesus, how many times over the past year have we seen financial problems in our community due to outright theft or misguided handling of donations?

This isn’t unique to our movement, but it’s a problem that we’re bound to see because only a handful of organizations have the size and scale to hire people specifically because they’re experts in what they do. Most are small, local, and led by anyone willing to raise his or her hand. That might be fine, for the most part, but it’s not surprising why things go awry.

April 28, 2016
Defying "In God We Trust" Trend, Arkansas Police Department Puts "We the People" On All Vehicles
Next Post

April 28, 2016 Pastor Kevin Swanson Compares Gay People to Nazis, Cannibals
Browse Our Archives
What Are Your Thoughts?leave a comment