A couple of days ago, Zack Kopplin wrote at Slate about how the Creation Museum, with all of its anti-science exhibits, was becoming a destination for public schools. 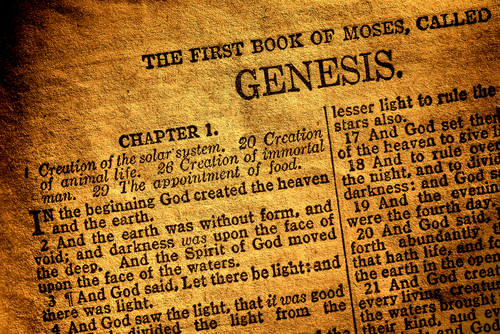 Brookville High School, a public school in Ohio, recently announced on their website, “Any student interested in going to the Creation Museum on April 30th, see Pete in the shop!” Jackson Independent School District, in Kentucky, has pictures on its website that say, “A Historical Field Trip. Mr. Couch’s 7th grade history class visited the Creation Museum.” Beaver Falls Area School District, in Pennsylvania, approved a teacher’s request to take students on a field trip to the museum. Dan Phelps, the president of the Kentucky Paleontological Society, discovered that Southside Elementary, in Lee County, Kentucky, was taking students to the museum as a reward for perfect attendance, as recently as 2012. (Ham has asked for his followers to “pray that the light of God’s eternal truth will shine on Dan Phelps’ heart.”)

You can tell from those links that, in some instances, it’s clearly under the radar. The schools aren’t usually advertising these trips, maybe because even they know it’s illegal to take kids to a Christian ministry under the guise of a pro-science field trip. The more important question is how many parents actually know what their kids are subject to when they visit the museum; do they realize the level of Christian indoctrination in there?

The Freedom From Religion Foundation is encouraging the schools to cancel current and future visits to the museum:

“This is an outrageous misuse of our public schools, which exist to educate, not to miseducate and indoctrinate,” says Annie Laurie Gaylor, co-president of FFRF.

That should go without saying, but we know very well that some teachers and administrators are willing to look the other way when it means exposing children to Jesus.

The Creation Museum may not have an incentive to tell the public schools not to visit, but the administrators should be first in line to veto any field trip request that involves promoting a fundamentalist Christian view of the world. And if they are ignorant as to what’s in the Creation Museum — and they’re saying yes because the word “museum” is in the name — it’s their job to look into these places before signing off on them.

They better remember that when Ark Encounter opens this summer. No geology class needs to be taking a field trip there, either.

April 28, 2016
Christian Wife Asks For Prayers For Her Newly Atheist Husband. Can This Marriage Be Saved?
Next Post