Defying “In God We Trust” Trend, Arkansas Police Department Puts “We the People” On All Vehicles April 28, 2016 Hemant Mehta

Defying “In God We Trust” Trend, Arkansas Police Department Puts “We the People” On All Vehicles

With so many police and fire departments putting the words “In God We Trust” on their vehicles, it’s gotten to the point where I stopped posting articles about them because they’re a dime a dozen. That’s not just a figure of speech — I get dozens of links to stories about that happening every few days. It’s really disturbing.

But the Austin Police Department in Arkansas is defying the trend in the best possible way.

Move over, God. They’re putting “We the People” on their vehicles, because they’re here to defend the Constitution, thank you very much. 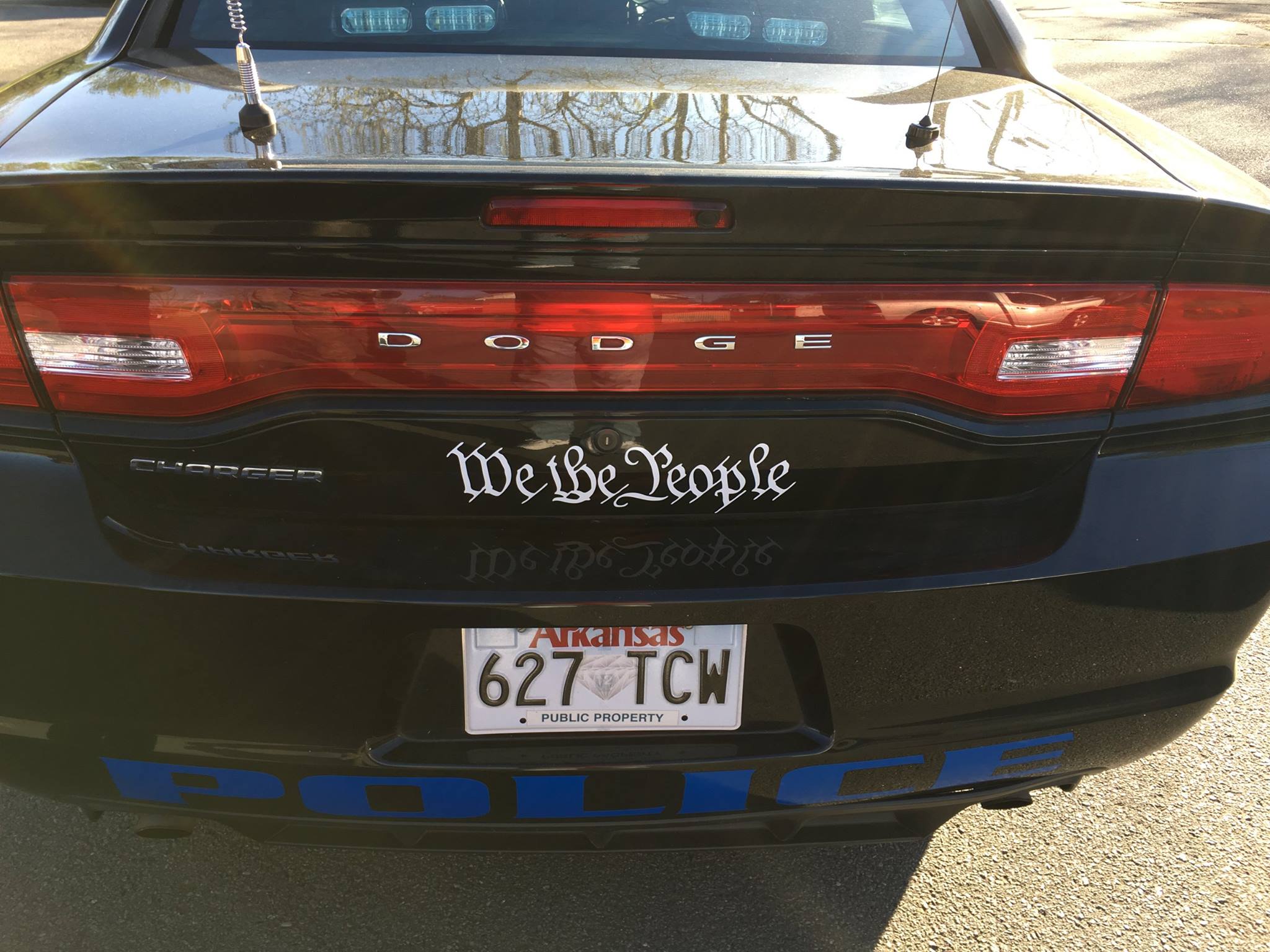 The Austin Police Department has added a new decal to their patrol vehicles. The decal states “We The People” which is the opening statement to the preamble of the United States Constitution. Chief James Kulesa related; this is to reflect that as law enforcement officers, we are committed and sworn to uphold the laws of this nation and the ideals of the Constitution, without bias, prejudice, or personal opinion. It further reflects law enforcement officers are also “We The People”.

Kulesa added in a local newspaper (behind a paywall):

While “In God We Trust” is sometimes controversial, “There is no question with this, and it covers everybody… and it means the officers are part of the people.” There have been no complaints about the phrase being on the vehicles, he added.

It’s a brilliant and welcome move. And the department said the decals were donated, so there’s no cost to taxpayers.

When are other police departments going to follow suit?