While it seems most of the internet is laughing at a viral video of a father taunting his daughter with threats that he’ll break her future boyfriend’s legs, insisting “You’re going to be a nun” and that she’s “going to work for Jesus,” I’m reluctant to join them. 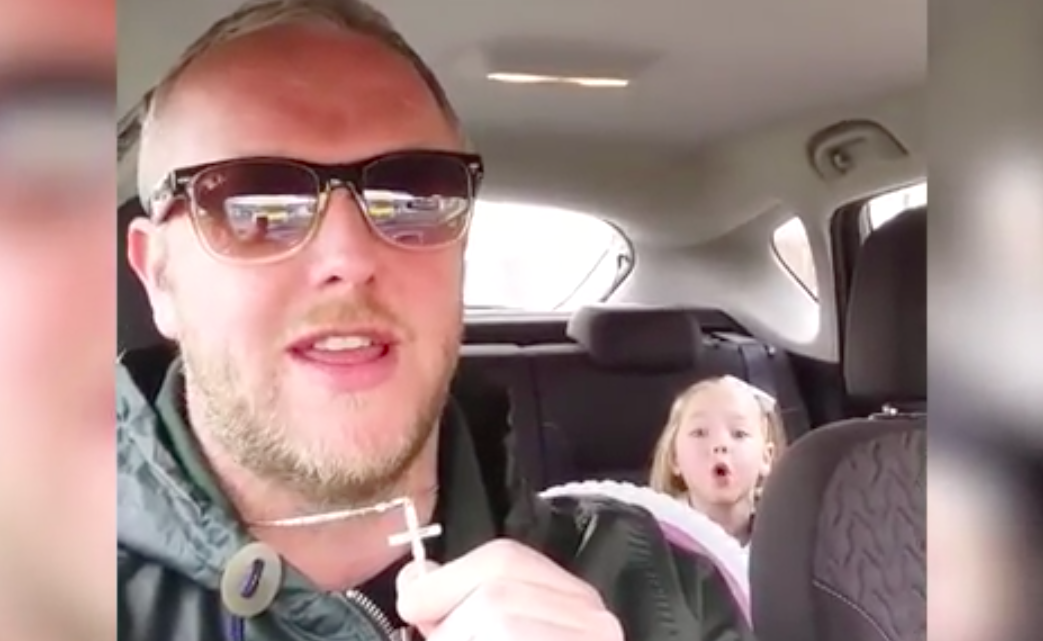 The subject matter of this video is hardly funny when we remind ourselves of how real the damage can be for young women in conservative religious families. There’s a dark cloud looming over this joke, from purity promises (remember father-daughter purity balls?), arranged and child marriages, female genital mutilation, dismissal that women willfully participate in sex, and the numerous examples of people recovering from sexual shame over on Removing the Fig Leaf.

John Tierney tells DailyMail.com that 4-year-old Grace got fired up after he caught her waving to two boys outside of the car window:

I joked that she should stop waving at boys because they were smelly, and she then told me she wanted a boyfriend. I started recording her responses because she is such a wee character she is very much a sponge and absorbs everything that people say.

GRACE: Why can I not get a boyfriend?

TIERNEY: Because I’m not letting you get a boyfriend.

TIERNEY: Because you’re not getting one.

TIERNEY: Yes, I will.

TIERNEY: And, guess what will happen after that?

TIERNEY: See your boyfriend’s daddy? Daddy will take him hostage and keep him in a cupboard.

TIERNEY: You’re not getting a boyfriend, you’re going to be a nun.

To his credit, he’s obviously playing on his daughter’s fearless and assertive personality, and is hopefully joking to the fullest extent. But with foresight of religious torment, stripping women of their sovereignty and instilling in them a fear of sexuality, the only charming thing about this video is the fervor with which she fights back.

Hopefully it’s a fire Grace maintains if her dad continues to flaunt that crucifix necklace as an end-all to her autonomy.

April 28, 2016 "Church Militant" Says God Gave His Mother Cancer To Cure His Gayness
Browse Our Archives
What Are Your Thoughts?leave a comment