Atheist Whose Invocation Was Cut Off Early at TN City Council Meeting Will Get a Second Chance April 28, 2016 Hemant Mehta

Earlier this year, at an Oak Ridge City Council meeting in Tennessee, Aleta Ledendecker of the Rationalists of East Tennessee became the first atheist to deliver an invocation address there.

But not every council member was there to hear it, and Ledendecker wasn’t even able to deliver the full speech because the Mayor cut her off early. 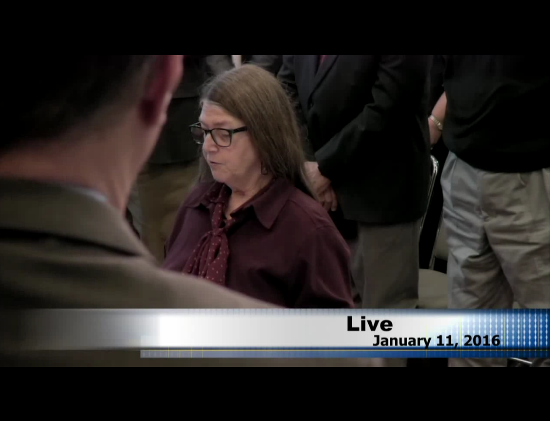 Council member Trina Baughn wrote in her unofficial meeting minutes that she refused to listen to what Ledendecker had to say:

Prior to the meeting, I notified the city manager and the mayor that I would be stepping out of the room during the invocation. This was not an act of protest, but simply a choice to not participate in something that I believed might assail my beliefs. While I may not support the content of the participant’s statements (I’ve yet to hear them), I do support their right to participate in the process just as much as any other religious representative.

She was within her right to do that. It was just extremely petty that she felt her beliefs would be assailed if she was forced to listen to someone who doesn’t buy into the Jesus story. Especially when the rest of us have to listen to Christian invocations every other week.

You can see the transcript of Ledendecker’s supposed assault on Christianity right here.

The Freedom From Religion Foundation’s Ryan Jayne sent a letter after that happened, asking for “assurances that the City Council will not discriminate against nonreligious invocations, or the citizens delivering them, in the future.”

They also requested that Ledendecker have another opportunity to give an invocation — one in which she wouldn’t be interrupted.

And guess what? The city attorney finally responded to FFRF telling them they had changed their invocation policies to make them more inclusive and that Ledendecker would be contacted about speaking again in the future.

Assuming that actually happens, it’s exactly the right way for the council to respond to a mistake of their own creation. It’d be better to get rid of invocations altogether, of course, but I’ll take actual inclusivity if that’s the best option.

April 29, 2016 An Excellent Takedown of the Fine-Tuning Argument
Browse Our Archives
What Are Your Thoughts?leave a comment