The Confused States of America: the Daily Show Explains the Difference Between Muslims and Sikhs April 27, 2016 Terry Firma

The Confused States of America: the Daily Show Explains the Difference Between Muslims and Sikhs

Do Americans know that, turbans notwithstanding, Sikhs are not Muslims? If the street interviews on that topic by Daily Show correspondent Hasan Minhaj are any guide, the answer is “Sadly, no.” 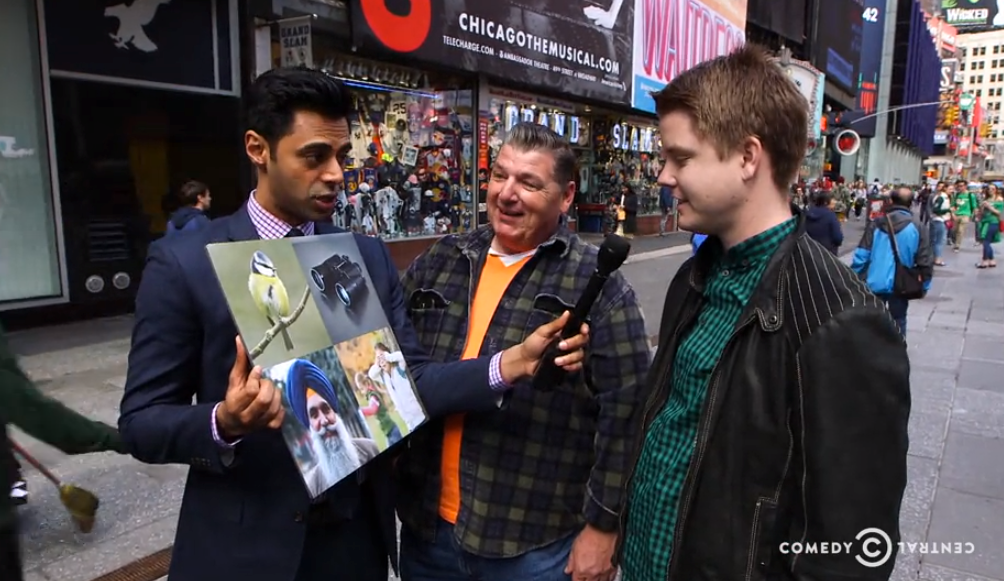 Although the beliefs of the two religions have relatively little in common, it’s heartening that the Sikhs interviewed in Minhaj’s segment have no desire to identify themselves as not-Muslim when they experience anti-Islam prejudice; they say they refuse to throw another oft-maligned group under the bus. The distinction is more than academic and can be a matter of life and death. In 2012, a white supremacist gunned down and killed six people at a Sikh temple near Milwaukee, probably in the mistaken belief that he was targeting Muslims.

According to a December 2015 story in the Los Angeles Times,

Since the Sept. 11, 2001, attacks, Sikhs have often been subjected to violence or harassment by people who mistakenly perceive them as Muslim. Between anti-immigrant and anti-foreigner political rhetoric and the recent terrorist attacks in Paris and San Bernardino, several members of the Sikh community said the animosity has felt recently like it’s at an all-time high.

“It’s a completely different, permissive environment,” said Prabhjot Singh, a physician and professor of medicine in New York who was attacked by a mob near Central Park in 2013. “It feels to me that it’s open season on Muslims or people who look different — and Sikhs are certainly one of the most visible representations of that.”

I wish we could educate the dumbasses. Minhaj certainly gave it his best and most amusing shot. But even if we could, it wouldn’t reduce the overall instances of overt discrimination and violence. More of it would simply shift to Muslim citizens, and there’s nothing remotely funny about that.