It’s About To Be Legal For Tennessee Counselors to Deny Mental Health Services Based On Religion April 27, 2016 Camille Beredjick

***Update***: The bill is now law. Gov. Haslam signed it. Good luck, LGBT people in TN. It’s now legal for counselors in your state to deny you service because they love Jesus more than doing their job. [– Hemant]

Tennessee is on the brink of legalizing faith-based discrimination in a particularly despicable way.

In mid-April, the state passed HB1840, which allows therapists and counselors to deny services to people — including children — if treating them would “violate sincerely held principles.” Today is the last day Gov. Bill Haslam can veto the bill or it will become law. 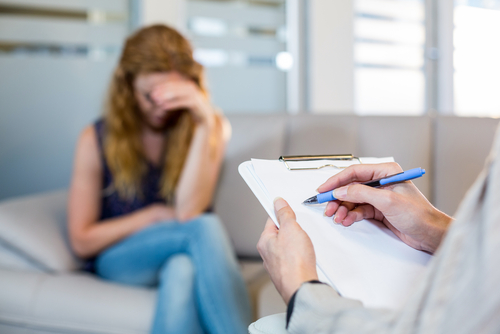 As the Secular Coalition for America points out, this law would be especially problematic for LGBT youth, who already face higher risks of mental illness and suicide, as well as other groups frequently targeted by conservative Christians, such as atheists and Muslims. And in a political climate where anti-LGBT legislation is becoming more and more common, especially in the South, to deny these groups mental health services seems especially cruel.

“Tennessee lawmakers have demonstrated a callous disregard for the health and safety of children, voting down an amendment that would have added protections for children who are victims of bullying. The legislature also struck down an amendment requiring therapists to make it known who they will and will not serve. This places an unjust burden on patients by making it nearly impossible to make informed decisions about their care. The governor should understand when making his final decision that to support this legislation would amount to state-sanctioned discrimination, harming the most vulnerable citizens of Tennessee, particularly children. We strongly urge Governor Haslam to veto this bill.”

Religious-fueled discrimination has been spiraling out of control over the last few months, and it can have serious consequences, many of which merit professional psychological help. Restricting these services from the people who need it doesn’t help the health providers in any way; it just hurts those already most at risk.

April 27, 2016
Ted Cruz Picks Carly Fiorina As His Running Mate... in a Race They're Both Going to Lose
Next Post