In Honolulu, two city council members have amended the proposed budget to include a $250,000 gift to a local church.

The taxpayer funds would be used to expand New Hope, a Christian megachurch, by helping them build a “Center of Hope”: 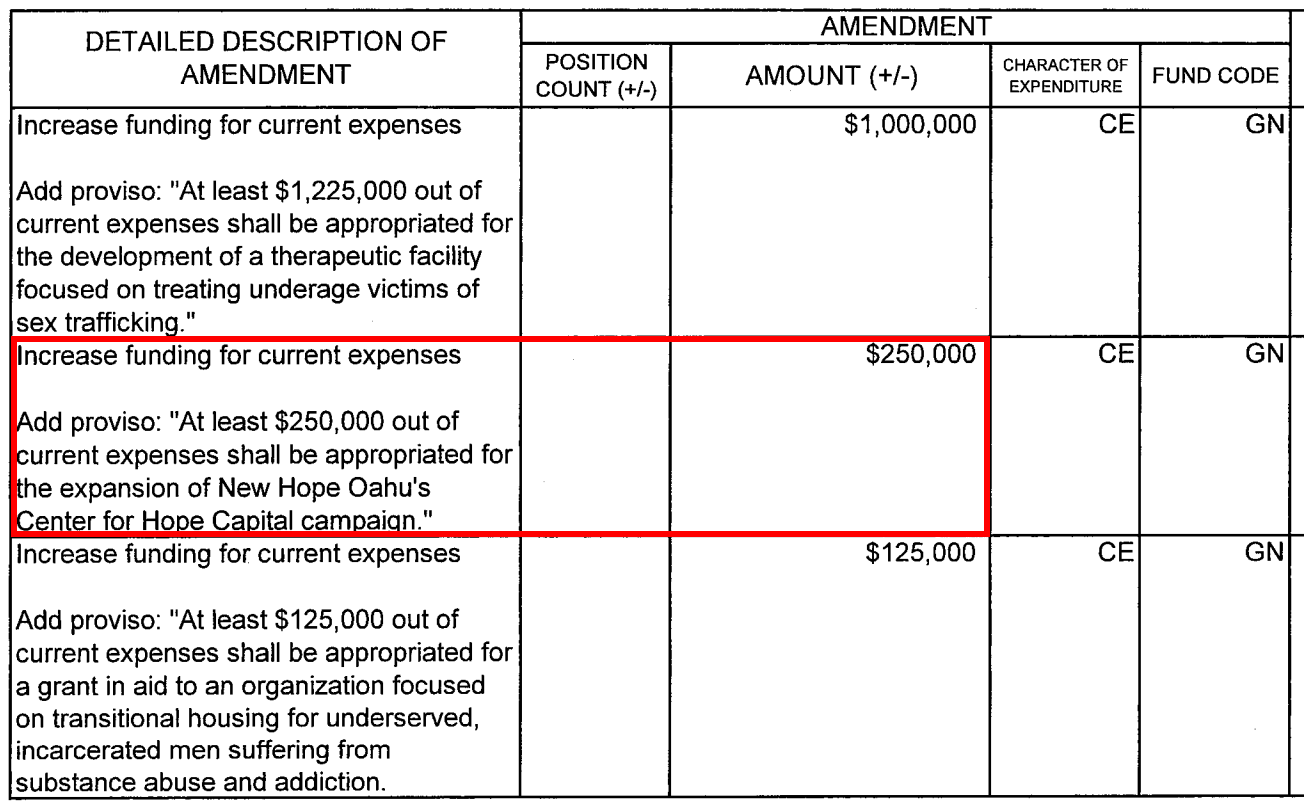 “The Center for Hope will include a 4-story parking structure that will fit approximately 270 stalls, an expo center, a 400-seat auditorium, a dining cafe, a resource center, and new restrooms,” Manahan’s budget request explained. “The center will benefit its thousands of islandwide church members and provide various outreach programs.”

All of that, of course, will be used for the purpose of proselytizing to anyone who enters the facility. That’s all legal if the church wants to pay for it, but make no mistake: This is practically a textbook violation of the Establishment Clause. It’s government endorsement of Christianity. No large mosque is getting a quarter-million dollar gift, I promise you that.

By the way, if the name of the church sounds familiar, it’s because New Hope was already at the center of a church/state separation lawsuit a couple of years ago. Several churches had rented out worship space at public schools — which is perfectly fine — but they hadn’t paid a fair rental price, shortchanging these districts and their students millions of dollars over the course of several years. New Hope eventually settled its portion of the lawsuit for $775,000. It was a quarter of what they actually owed, and it meant they didn’t have to admit any wrongdoing.

And now these government officials want to give them another handout, courtesy of Honolulu taxpayers.

A final version of the budget will be sent to the mayor in June. Before then, you can email the council members using information on this page and let them know you disapprove of they way they’re wasting money to promote Christianity.

(Thanks to Tater for the link)

April 27, 2016
A Child Died of Meningitis After Receiving a Sham Treatment; A Jury Just Found His Parents Guilty
Next Post

April 27, 2016 Christian Writer: We Shouldn't Boycott Target... Even Though Trans People Pose a "Safety Concern"
Browse Our Archives
What Are Your Thoughts?leave a comment